In Armenia the Russian military killed a colleague and himself 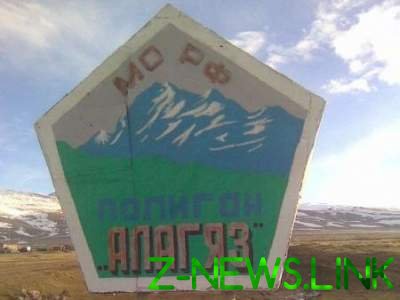 The incident happened at the Alagyaz polygon.

In Armenia, the military of the Russian Federation has violated the requirements of security and accidentally shot his colleague, after which he committed suicide.

In Armenia, on 23 October, a Russian soldier shot and killed a colleague. It is reported TASS with reference to the press service of the southern military district.

The incident occurred at the Alagyaz polygon during the surrender of weapons after training.

See also:  In the known messenger did the Ukrainian and Russian language

According to the Agency, a man for “violating the safety requirements” and made an involuntary shot from a gun. As a result, his colleague died on the spot, and the perpetrator, “frightened of the offense and of responsibility for the death of a colleague”, had committed suicide.

At the scene works Commission of the southern military district, which clarifies the circumstances of the incident.

See also: Brazilian cops during the RAID accidentally shot and killed a tourist

See also:  Ukrainian doctors were not allowed in the Russian prison to the Mushroom

On the same day in one of military units Severo-the Caucasian district troops Regardie in the village of Shelkovskaya in the Chechen Republic the native of Dagestan in a state of intoxication shot and killed four colleagues.