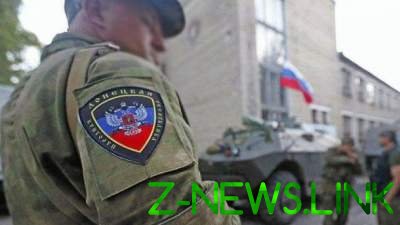 The level of the less set on average at about 50%.

In the so-called gangs “DNR” growing shortfall in combat units. So the level of the less set on average at about 50%.

This is stated in the message of the “Information resistance”.

“The problem is solved partially by mercenaries from the former Soviet republics, mainly from Russia. The proportion of staff from the local population does not exceed 30% of the total personnel of the militants, and the proportion of those who participated in real fights during 2015-2016 amounts to no more than 15%”, – stated in the message.

In addition, according to the organization, “separate artillery brigade “Kalmius” there is a serious shortage of drivers in the jet division.

“The brigade command” has repeatedly appealed to the command of the army corps with a request to take measures for replenishment of units, but so far the reaction of the high command, no”, – informs” Information resistance “.