Home / economy / In April, Ukraine has spent $900 million on the national debt

In April, Ukraine has spent $900 million on the national debt 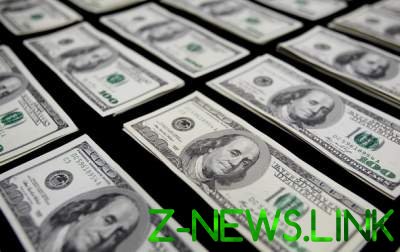 Because payments on the national debt gold and foreign currency reserves for the month decreased 0.5%.

In April the international reserves of Ukraine decreased by 0.5% to 20,525 billion. This is evidenced by the data on the website of the National Bank.

As noted, despite the favorable situation on the foreign exchange market, reserves decreased due to the significant volume of repayments on government debt.

The servicing and repayment of public and publicly guaranteed debt in foreign currency last month was directed 881,7 million dollars (equivalent).

See also:  Money we have plenty

These costs were partially offset by proceeds from placement of government bonds denominated in foreign currencies at 416,6 million dollars and 2.6 million euros.

Net purchase of foreign currency by the National Bank on the interbank currency market provided the replenishment of the reserves of 299,9 million dollars.

As of may 1, the volume of international reserves cover 3.4 months of the future import, which is sufficient for fulfillment of Ukraine’s obligations and current operations of the government and the national Bank.

According to the Finance Ministry, since the beginning of the year Ukraine has paid UAH 166 billion of debt. Only in 2019 Ukraine will pay 460 billion debt. Payments peaks in may and September.