Home / policy / In anticipation of the August crisis: what will be the fall of the ruble

In anticipation of the August crisis: what will be the fall of the ruble 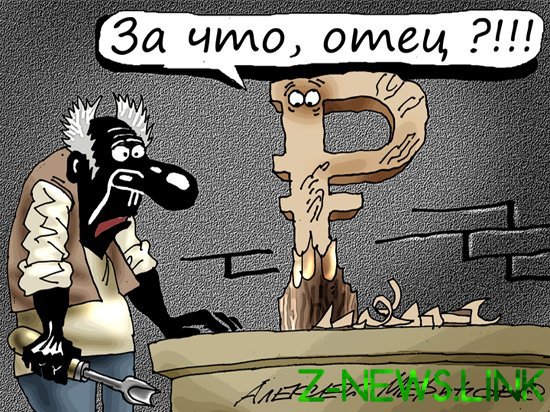 And how will the barrel

Passed the first half of August, and the crisis that frightened the Russians are negatively inclined forecasters have not happened yet. Prices in the shops, if you believe Rosstat, do not grow — even recorded a decrease in the cost of essential consumer goods. New us sanctions either had no effect or appeared to be relatively harmless. People enjoying holidays without worrying about future deprivation. However, the prosperity is visible: the transition from “good” to “bad” can happen in a matter of days. A reason for concern — two, and both are painfully familiar: oil prices and the ruble. The dollar since the beginning of August has risen from 62 to 66 rubles, and oil prices, providing a stable exchange rate of the Russian currency collapsed from $65 to $58 per barrel.

It does make me wonder about the curse of “black August”. In 1998 there was a default: Russia was not able to repay external debts, the dollar soared almost 4 times, many leading companies went bankrupt, and the population in impoverished times. The 2008-2009 crisis formally began in the fall, but his background emerged just in August. First fall shares of Russian companies, then the investors began to actively withdraw their capital from Russia, and the government right and left handed subsidies commodity holdings. The dollar then in six months rose from 23 to 32 rubles, about the same time the price of oil has fallen in price more than threefold.

Russia’s economic problems appeared in late summer of 2014, by and large, were associated with the sanctions that we were from the US and the EU, and that turned out for our country’s long-term economic confrontation with the West. Again, this was accompanied by a drop in oil prices and the weakening of the ruble.

Currently a full-fledged economic crisis there — at least. Yet, but the fact remains: oil is falling, followed by the ruble. The Russian authorities claim that all the ills come from abroad: trade war between China and the U.S. do not give rise to the price of “black gold”, and the value of the national currency is attacked by speculators who are looking for a reliable “safe Harbor”. Roughly speaking, the representatives of the government believe that external threats require much more attention than domestic economic policy. Blame, as always, the Western capitalists, who are dreaming of how to bring Russia to its knees and put us on the porch.

Undoubtedly, believe this is useful: the Texas Ranger cast the Russian bear through the hip and left without a livelihood. Meanwhile, the causes of the crisis, to which the Russians are prepared every August, do not add up the “hill” and within the country. Moreover, their initiators are those who have been put to protection from such vicissitudes. The current macroeconomic indicators of Russia does not inspire confidence: according to Rosstat, the economy in the first half growth slowed to 0.9% instead of 1.6-1.8%. At year-end, predicts the Center of the HSE, an increase of slightly more than 1.1%.

In 2018, the growth rate of the economy was much more confident about 2.3%. On the question of why the economy is not growing, we can confidently answer: falling consumer demand — people don’t have enough money to strengthen their own well-being. Government increases public sector wages and index pensions, but mandatory payments — credit, increasing taxes, and the Assembly for payment of utilities, coupled with a rather big inflation pulled down real income.

What does it mean? Only one thing — the Russians can only live on one salary. Saving for the future they are not. Already the Russians, according to the survey the insurance unit of Sberbank, believe that their salary should be at the level of 66 thousand rubles a month. The current average salary of the population, given the “fat cats” who get more than 1 million rubles, stacked in 47 thousand rubles. And that, in Metropolitan areas, and, if you’re lucky.

Despite the fact that the country has long moved on to market economy development, that is, people were given the opportunity to earn, using all available means, their main income still formed by employers, for the most part, state that increase the salaries given by the government schedule — the size of the official inflation rate: 4% per year. It’s not only the development, but the recession and even stagnation. If a person will be able to buy next year the same number (or fewer) items as in the previous, it is unlikely he will feel happy. Perhaps the authorities are guided by the criterion set by the founder of classical philosophy, Immanuel Kant: give a man everything he wants, and then he’ll demand a raise. Therefore, the current August may be for the Russians not less problematic than the last summer days of 2008 or 1998 years.