Home / WORLD / In Africa, a massive explosion: many dead

In Africa, a massive explosion: many dead 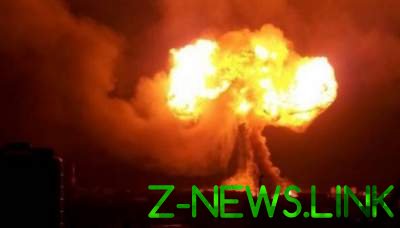 In Accra, the capital of the African nation of Ghana, on Saturday night blew up the station of liquefaction of natural gas.

As reported by a government official, the number of victims is still unknown, many wounded.

“Unfortunately, there are a number of fatalities, and we are now working hard to establish the exact number of the dead,” he said, adding that there are also many injured.

According to officials, the flames in a great measure extinguished, and the whole area of the explosion is controlled by about 200 policemen.

Eyewitnesses say they saw in the area of the accident four or five bodies.

The explosion occurred at the state station of liquefaction of natural gas GOIL and quickly spread to the petrol station Total, which is on the opposite side of the street.

Frightened residents fled in terror from the fire, which rose a giant fireball high into the sky above the city.