Home / WORLD / In about-face, Denmark to bring 3 mothers & 19 children back from Syria camps for ISIS sympathizers

In about-face, Denmark to bring 3 mothers & 19 children back from Syria camps for ISIS sympathizers 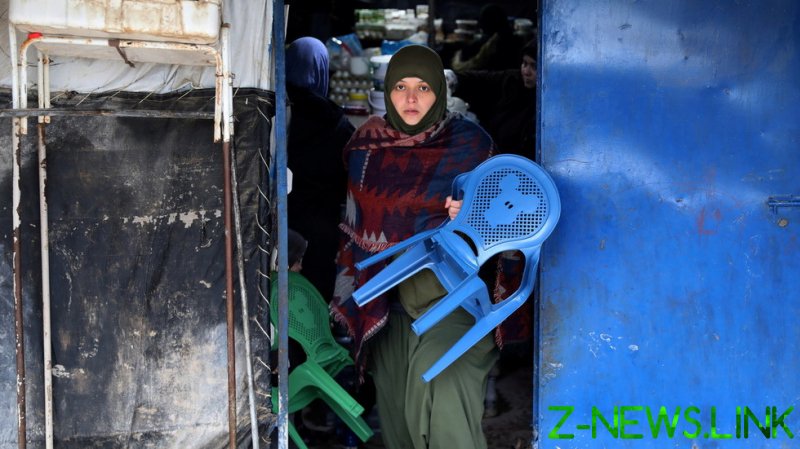 First reported by local media, the move was confirmed by the Danish PM Mette Frederiksen’s government on Tuesday. The three women, who are Danish citizens and are set to be repatriated together with their 14 children, have been kept prisoners in al-Hol and Roj camps in northeastern Syria, over their role in supporting Islamic State (IS, formerly ISIS) terrorist group..

The  Social Democratic minority government said it would seek to repatriate another five children, who have links to Denmark. As their mothers are not welcome, the repatriation will depend upon the women giving their consent. So far, the mothers have been unwilling to sign on to the process, the daily Aftenposten reported.

The decision to bring the women and their offspring to Denmark came after the Security and Intelligence Service (PET) argued there would be a greater long-term risk to Danish security if the women continued to be kept in the Kurdish-run camps. The longer the women and their children rubbed shoulders with other suspected terrorist sympathizers, the more radicalized they could get, the PET argued.

Another concern highlighted by the service is that detainees can receive weapons training at the camp, and would pose a far greater threat to Danish security if they come back at a later date. Upon arrival into Denmark, the women are to be put on trial for their role in the terrorist group, and can face a prison sentence from three to five years, the Copenhagen daily Berlingske reported.

Health officials have also reportedly recommended bringing children home from Syria, after Danish specialists examined the minors and concluded that all 19 were suffering from the symptoms of anxiety, including over the prospect of being separated from their mothers and siblings, and that their mental state is likely to deteriorate if they stay in the camp.

However, the Danish government is adamant that three of the mothers – whose Danish citizenship has been revoked – should be left in the camp while their children are flown back, according to Berlingske.

Frederiksen’s move to repatriate the group is an about-face from her own recent rhetoric. The prime minister, who came to power on anti-immigration agenda, used to reject the possibility of the women’s return, saying that “foreign fighters are unwanted in Denmark, regardless of whether they are mothers or fathers” as recently as March.

Although lamenting that the children had to suffer because their parents “turned their backs on Denmark,” Frederiksen had said that the adults who volunteered to join IS “must take responsibility for that.”