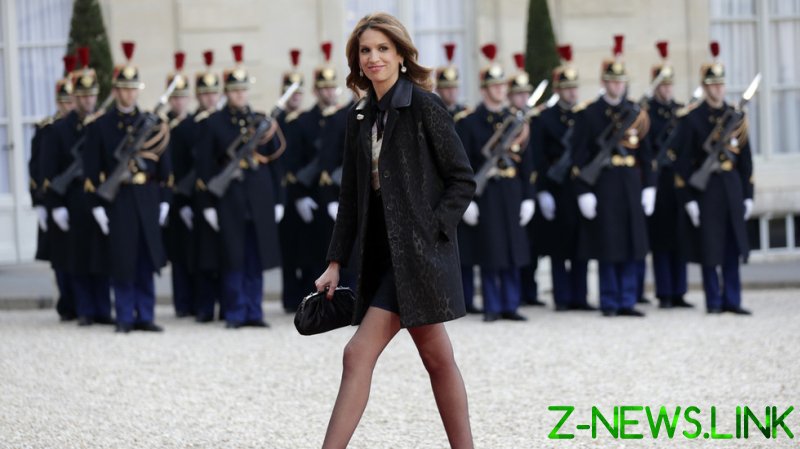 With her perfect make-up and blow-dried hair à la Fox News, and her uncompromising on-screen demeanour, French TV’s Sonia Mabrouk is a standout figure on the media landscape. Apart from driving ratings for her employer, CNews, she might just make a difference elsewhere too.

The Tunisian-born Muslim, who took French citizenship in her adopted homeland in 2010, continues to attract attention and make a name for herself on TV and radio by bravely fighting the good fight against intersectionality – a post-modern enemy that comes in many guises.

While conservatives and true liberals throughout the West are familiar with the war over identity politics, in her latest book, ‘Insoumission Française’ (‘French Insubordination’), Mabrouk drills down into the singularly French combatants: pseudo-racists, anti-security agents, neo-feminists, radical environmentalists, genetics lunatics, Islamo-compatibles and multiculturalist freaks, tearing them all to pieces with true relish and urging her compatriots to be insubordinate to the new ideology.

As these identities converge into intersectionality, she picks apart the contradictions and exposes the hypocrisy of woke ideology while simultaneously revealing the lack of any real plan at the core of what she calls this “deconstructive” movement. Aside from wanting everyone to think as they do and behave as they say, what is the point, she asks?

Mabrouk contends in her more despairing moments that it’s the death of civilisation as we know it. “Without resistance,” she says, “we are heading straight for a civilisation of the void, a civilisation of ‘without’. Without ties, without roots, without culture and, at the end of the road, without civilisation. There will no longer be any allegiance to a natural higher order. Our only reference will be ourselves. Our only standard will be our body. All in the name of absolute fantasy freedom.” Anyone who has read British commentator Douglas Murray’s ‘The Madness of Crowds’ will be familiar with that standpoint.

But it’s among the contradictions that Mabrouk has the most fun. For instance, she points out, “The followers of gender theory sometimes have trouble ﬁtting into the clothes of the new anti-racists, who are trying to identify with oppressed immigrants.” She notes that newly arrived immigrant populations “are not all quick to embrace gender ideology”, with its queer theory, trans activism and eagerness to dole out puberty blockers to nine-year-old girls. That resistance rubs up against the racial rainbow alliance – and not in a way they like.

Meanwhile, Mabrouk’s “neo-feminists”, who abhor the exploitation of women’s bodies, are not sure how they should react to beautiful, slender models stripping off in the name of anti-fur organisation Peta’s vegan crusade, which, of course, they must also support. Animals first! Or is it women first? It’s so confusing.

And talking of fashion, why should the French government be allowed to tell Muslim women not to wear the veil in public? It’s sexist! It’s Islamophobic! Whaddya mean Iranian women activists are being brutalised in prison after taking to the street over the right to feel the wind in their hair? As Mabrouk rightly concludes, “Neo-feminists are, because of their denial and the instrumentalisation of the hijab, guilty of propagating Islamist ideology.” Ouch.

And why can a black lesbian sit comfortably as a three-way intersectional – a victim of her race, her sexuality and her gender – while a white lesbian is considered a victim on only two fronts? If you want contradictions, Sonia Mabrouk has them by the truckload.

On the subject of race, she is particularly damning of the French import of the Black Lives Matter movement, which, she says, “under the guise of taking an interest in black life, is primarily intended to denounce the alleged systemic racism” and to validate “their principle of state racism in Western societies”. However, she opines, “You’ll never hear them, for example, denounce the slave trade that currently takes place in Libya. The only victims that matter are those oppressed by the Whites.”

She attacks France’s light-touch policing, political cowardice on law enforcement and soft sentencing, and the damaging impact of these policies on wider society, particularly the impressionable young, leading to a spiralling increase in ‘anti-security agents’. Police officers who are viewed as “machines to distribute ﬁnes and tickets, moving away from their primary mission of protecting citizens” are unlikely to win over a sceptical public or compete with the self-appointed ‘freedom fighter’ narrative that “being antiflic [anti-police] therefore amounts to defending the oppressed against a so-called state militia”, she says.

This idea takes hold with young people, who suddenly see it as their duty to rise up on behalf of hard-to-identify victims of ‘police violence’. In turn, the fear of their mass protests paralyses political leaders, who would rather leave the police and gendarmes to fight the battles on their own – battles on behalf of imaginary victims that have been conjured up out of ineffectual leadership and an infectious ideology.

Mabrouk might be pinpointing this trend in France, but it’s impossible to ignore that this is a virus that has spread across continental Europe, the UK and the US. And that is why this book, although published only in French, has international appeal. Because the obsession with race, with gender, with sexuality, with religion, with ecological issues and with multiculturalism, though largely limited to the Western world, are widespread. However, the irony is that, while many issues, such as race and gay rights, have made massive gains in the past five decades, somehow we’re being convinced that things have never been worse – and increasing numbers of clueless woke dingbats are swallowing this tosh.

While Mabrouk believes that a philosophy of Christianity – not necessarily the Christian philosophy – could be the key to bringing together the larger community in France, instead of allowing divisive identity politics to drive a wedge further between people, it is ultimately her love for her new homeland that drives her determination to shake things up.

“We can be born elsewhere and still strongly defend the French dream, and beyond that, civilisation,” she says. “The hour of rebellion has come.”