Home / WORLD / In a stunning victory for diversity, parody-proof CNN reveals America’s next generation of white supremacists aren’t even white

In a stunning victory for diversity, parody-proof CNN reveals America’s next generation of white supremacists aren’t even white 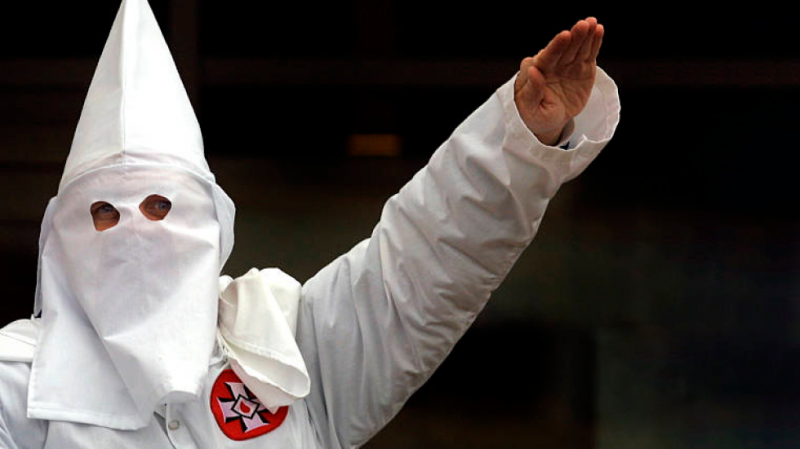 CNN writer John Blake put forth an astounding theory over the weekend: that even in a future where white people are no longer a majority in the United States, “white supremacy” will still infect the country, its toxic creed carried on by mixed-race Americans and Latino immigrants.

The article begins with a prime example of what conservative scholar Michael Anton calls the “celebration paradox.” In this case, the shrinking of the US’ white majority is celebrated, despite being written off as a conspiracy theory when others speak of it negatively. “I want to believe my country is on the verge of this Brown New World,” Blake writes, pointing to examples of other commentators celebrating the “countdown to the White apocalypse.”

But the celebration is short-lived. Instead, Blake argues that the beige mystery-meat Americans of the near future will still be racist, as “white supremacy” finds new hosts among the country’s exploding Latino population.

Aside from being a vile piece of anti-white propaganda, the article is confused in its tone. Mixed marriages are presented as an antidote to racism, before being described as a “shield” for white supremacy. Readers are instructed to ignore the “biological fiction” of race, but only after being told that “you can no longer fight racism if everyone believes their country has moved past race.”

Blake finally states outright that the “radical change” America needs is the “uprooting of “systemic racism embedded in our public schools, neighborhoods and justice system,” and a “more equitable sharing of power and resources.”

There we are. It’s about money and power, and more specifically robbing the white majority of its grasp on both. This Zimbabwe-style redistribution is already endorsed by activist groups like Black Lives Matter and the Movement for Black Lives, globalist organizations like the World Economic Forum, academics, and certain sectors of Congress and the federal government itself.

What Blake has done, however, is set out a plan for labeling anyone as a potential white supremacist and enemy in the neverending battle for racial equity, regardless of their skin color. No examples of white supremacist policies or crimes are mentioned in the lengthy text, no white supremacist leaders are identified, and no real issue is raised with white people individually, save that they’re white, and that this “whiteness,” which can be exhibited by non-whites too, is the problem.

It’s the domestic equivalent of the Bush administration declaring the ‘War on Terror’ two decades ago this month. Like terror, ‘white supremacy’ is an undefeatable enemy, especially when those fighting it regularly redefine what it means. The military-industrial complex made a killing waging pointless wars against terror, and the racism-industrial complex, of which CNN is a leading organization, is doing the same right now.

It works like this: The media agitates about the threat of racism; academics, experts and activists get rich selling solutions to the problem; and the government alternates between throwing money at the issue and milking it to expand its own powers.

And it’s all based on baloney. Bush said that Saddam Hussein had weapons of mass destruction, so off to Iraq the US went for nearly two decades. The media says that Trump supporters are white supremacists, so it’s time to purge them from the military and send the FBI after them. It doesn’t matter that the new breed of white supremacists won’t even be white, the good fight must continue.

There are no white supremacist leaders in the United States, so the racism industrial complex invents them. Consider real, hardcore racists like former KKK leader David Duke, Stormfront founder Don Black, and the revolving cast of no-name extremists who run the American Nazi Party. These names have been political poison for decades, and nobody takes them seriously.

Instead Americans are told that Tucker Carlson is a white supremacist for drawing attention to the exact same demographic change Blake wrote about (remember the celebration paradox). Donald Trump is a white supremacist, despite passing criminal justice reform and pledging to invest half a trillion dollars into black communities.

And even more laughably, there’s black white supremacists too. Like California talk show host Larry Elder. Looking at Elder, one would think he’s black, given the fact that his skin is black. But Elder is challenging Democratic Governor Gavin Newsom in this months’ recall election, and he doesn’t believe in “systemic racism,” so therefore he’s been declared “the Black face of white supremacy” by the Los Angeles Times.

Candace Owens is a “tool” of racists for holding middle-of-the-road conservative opinions while black. Kanye West is an “Uncle Tom” for supporting Donald Trump. Ben Shapiro, an Orthodox Jew, “radicalized” a young man who painted swastikas on a synagogue. Despite being Asian, Andy Ngo is a white supremacist because he reports critically on ‘Antifa’ violence.

If all of this seems ridiculous, that’s because it is. If it doesn’t, you might just be watching too much CNN.