Home / business / In a Russian hospital, the man’s body two days lying under the stairs

In a Russian hospital, the man’s body two days lying under the stairs 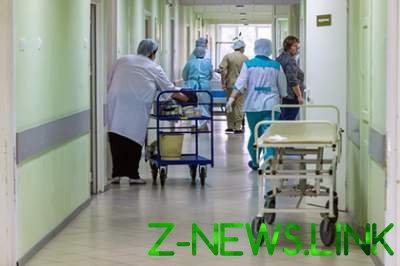 The police began checking on this incident.

The body of a man two days had lain under the stairs of a hospital near Yekaterinburg. Investigators started examining the actions of the workers and circumstances of the death of the patient, reported RIA Novosti assistant head of the regional Department of the Investigative Committee Alexander Shulga.

“We contacted the relative of a citizen. According to her, the body lay for some time. Now it is necessary to interrogate all”, — said Shulga.

The press-Secretary of the Sverdlovsk Ministry of health Konstantin Shestakov said that one of them with a complaint of a similar incident not addressed. But he added that, according to the head physician of the hospital, all the while the corpse lay in a specially equipped basement, and an autopsy made within the established deadlines.

Informed RIA “New day” wrote that the corpse died of a stroke men two days lying under the stairs in a hospital in Alapayevsk in the Sverdlovsk region. According to relatives, during this time, he could go bad, so it had to be buried in a closed coffin.

Representatives of the organization “Ritual-service” told the publication that such situation is not uncommon. This is often because the relatives of the dead do not always report about having to pay 1.5 thousand rubles for the transportation of the body to the morgue.

“The hospital operates some organization to which to turn. In our case, none of the relatives are not informed about it. They thought the man died, it is now up to ritualisticly. Because this has always been – a man died, his doctors were taken to the morgue, and from there the funeral service is lucky in the cemetery. In other cities where we operate, such chaos is not — there body free taken to the morgue,” said the staff of the funeral company.