Home / WORLD / In a Pakistani hospital explosion: among the victims were children

In a Pakistani hospital explosion: among the victims were children 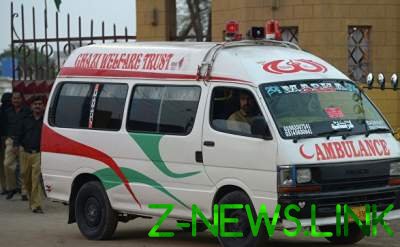 The explosion only killed six people.

Six people, including two children, were killed and over 10 injured in gas cylinder explosion in the hospital in Pakistan.

According to Geo TV, the incident occurred on Monday evening in the city of Attock, in the Punjab province.

As reported by local authorities, people were killed in partial collapse of the hospital building caused by a gas explosion. According to rescue services, under the rubble are still people.