Home / economy / In 2020, Ukraine will auction licenses for frequencies 5G

In 2020, Ukraine will auction licenses for frequencies 5G 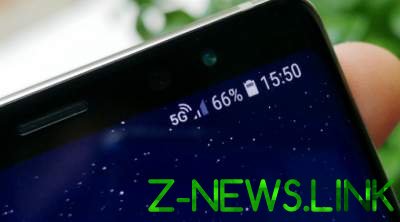 This was during a meeting with journalists said the Minister of infrastructure.

The national Commission of regulation of communications and Informatization in 2020 will auction licenses for frequencies 5G.

This was during a meeting with journalists said the Minister of infrastructure Vladimir Omelian.

“Today we had a meeting with the regulator. They see great prospect of this technology (5G). We hope, and it is their position that Ukraine next year will be able to sell the first license on the 5G. The plan of the regulator, and we strongly support,” – said Omeljan.

We will remind, on April 18, 2019 at a briefing Omeljan announced the launch in Ukraine of the pilot project “the Internet of things on the roads on the basis of the communication technologies of the fifth generation of 5G”. The project is being implemented by Nokia, Vodafone Ukraine with the support of the Ministry of infrastructure.

In the framework of the project on a separate stretch of road (21-km Dnieper highway) within two months of project participants will test the technology of the Internet of things on the road and collect statistical data using the LTE network, but already from the second half of 2019 – with regard fifth generation 5G.