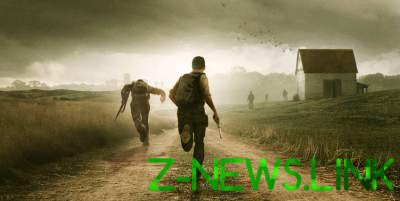 In the rotting corpse of DayZ is still a glimmer of some kind of life. The game took only four years to get to a state of “beta”, and in 2018 will be the final version 1.0. Wow, this speed is simply breathtaking!

Kings early access by Bohemia Interactive recently published a progress report on the work done. First they give you bad news: this year, DayZ will grow to version 0.63 — it is referred to as “beta”. And about 0.63 developers said in may.

In “beta,” the authors promise a new DayZ crafting system, a new economy, new zombies, new animals, altered melee and ranged, more strategic elements, new system animation, more players and zombies on a single server and much less of a problem with the network connection. Assembly of 0.63, they say, is so steep that even after zabagovannoy internal version developers can not normally perceive 0.62.

According to the authors, in 2018, will appear “beta”, release 1.0, on computers, and even the console version of DayZ. The latter, however, also have some questions. In the area 2014 Dean Hall (Dean Hall) said that DayZ will be released on PlayStation 4 — she even has a separate page on the PlayStation website. But the new report only mentions Bohemia Interactive a version for the Xbox One. Perhaps the company signed a contract with Microsoft, but details were not disclosed.

But Bohemia has promised continued support after release. For example, the Studio points to her own Arma 3: she supposedly gets all sorts of updates, and four years later. So DayZ will be similar fate, swear the developers.

At the moment the rating DayZ from Steam users is 63 %. Apparently, some part of the community there’s still hope.