Impressive shots of the test rocket engine for spacecraft. Video 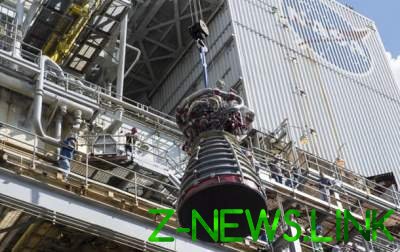 NASA engineers conducted a firing test of the new RS-25 engine E2063 for super-heavy carrier rocket Space Launch System. Rocket with such engines must ensure that the delivery of astronauts to the moon and possibly to Mars.

The tests were at the Space center NASA’s John Stennis in Mississippi. The audience watched the test from a distance of a little less than a kilometer away – “close enough to use earplugs”.

“The test was conducted in the same manner and with the same length of time, which you will need during the actual run. The idea was to reproduce as closely as possible the conditions in which the engine will be used on the mission,” NASA said in a statement.

The first test flight in an unmanned mode is planned for 2019, and a manned mission plan to spend not earlier than 2021. The engine, which experienced now will not be used before the second launch.

We will remind that earlier NASA published a picture, which depicted an amazing sight – a sunset in the constellation of Orion.