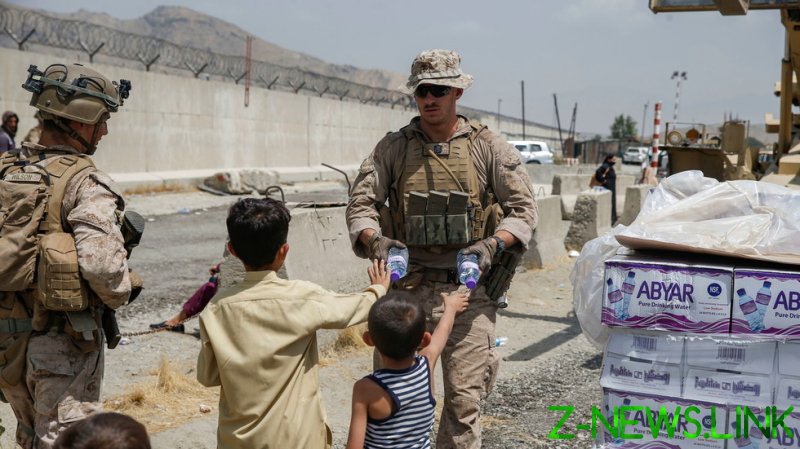 Nearly a week after the fall of Kabul to Taliban forces, the US and other Western countries are still evacuating their citizens from Hamid Karzai International Airport, which remains the only lifeline between Kabul and the West. After thousands of desperate Afghans stormed the runway and attempted to get aboard American transport planes by any means necessary – some dying in the process – the airport is now ringed by US troops, with Taliban fighters outside also beefing up security.

“The problem is access to the airport,” Borrell explained. “The Americans’ control and security measures are very strong. We complained. We asked them to show more flexibility. We are unable to get our employees through.”

Individual European nations have been repatriating their citizens for the last week, with some ferried out by helicopter and others ordered to make their own way to the airport. Further complicating the matter are efforts by the US and EU states to evacuate Afghan staff and their families who collaborated with the invading militaries and therefore are now at risk of Taliban reprisal.

Speaking to AFP, Borrell said that it would be “mathematically impossible” to pull these tens of thousands of Afghan workers out of Kabul by the end of August, when the last US troops are slated to leave Afghanistan.

Moreover, Borrell did not mention the additional flood of refugees that European nations are already divided on accepting.

Whatever happens by the end of the month, Borrell has accepted a future of diplomatic relations with a Taliban-led Afghanistan. “The Taliban have won the war so we will have to talk to them,” he said on Monday, noting that discussions would be necessary to “prevent a humanitarian and a potential migratory disaster.”