Home / WORLD / #ImpeachBiden? Not unless you want to see Kamala Harris REALLY make a mess of things

#ImpeachBiden? Not unless you want to see Kamala Harris REALLY make a mess of things 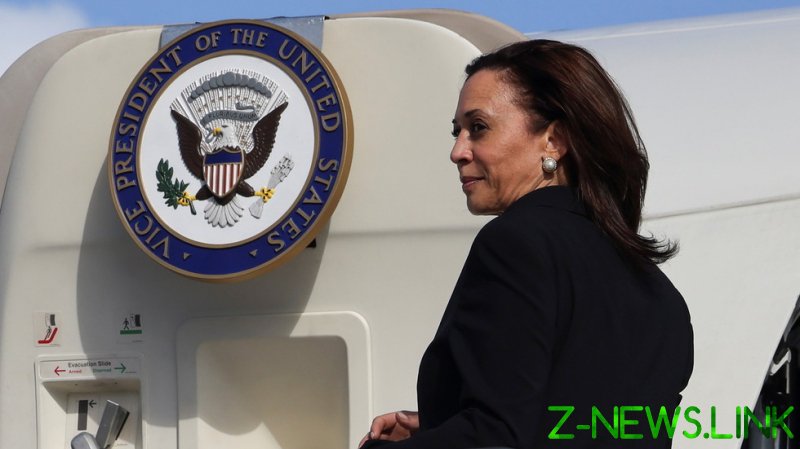 It’s extremely unlikely Biden will be removed from office on a wave of righteous indignation alone. Despite the nationwide rage at his lackluster performance safeguarding American troops and civilians from terrorists as they desperately await rescue with just four days to go before the Taliban declares open season on them, Sleepy Joe is likely to still be slumbering at the Resolute desk for a while yet.

Even if the rage of millions over the completely unnecessary death of a dozen Marines and a Navy medic actually translated into an article of impeachment or three, and then the Democrat-controlled House opts to impeach “their guy”, that still leaves conviction. There’s no guarantee there – it’s hard to imagine the Senate would allow Vice President Kamala Harris to cast the tie-breaking vote on an issue that would make her effectively queen, and a two-thirds majority is required to remove an impeached president from office anyway.

BUT let’s imagine, for a moment, that all the angry Americans on social media had their wish granted. Queen would be the proper title for president-unelect Harris, already shoehorned into the vice-president position in a profoundly undemocratic manner. Indeed, when given their chance to make their opinions about her felt at the polls, Americans ran in the other direction, handing her less than one percent of the vote. She has no business being anywhere near the White House.

Leaving aside her Twitter “KHive” (which benefits immensely from her former press secretary now working for the social media platform), any organic support she might have had evaporated in the wake of Hawaii Congresswoman Tulsi Gabbard’s debate smackdown, in which the candidate methodically exposed Harris’ shocking misdeeds while serving as Attorney General of California.

The ruthless prosecutor had tried to reinvent herself as a criminal justice reformer in the hope of riding the wave of Black Lives Matter and what has euphemistically been dubbed the “anti-racism” movement. However, she had so many skeletons in her closet it may as well have been a mass grave. To name a few, she suppressed evidence that could have exonerated a death row prisoner, covered up for a crooked drug analysis lab, and adopted a law that would send the mothers of truant children to jail, none of which is particularly popular with the ‘defund the police’ crowd. The exposure of these skeletons, and her inability to explain them, left her chances at the presidency in tatters.

As CNN scrambled to put her shattered ego back together again after the debate, the best Harris could do by way of a defense was to remind viewers that Gabbard was insufficiently warmongering for the role of president because the US military veteran had met with Syrian President Bashar Assad to talk peace.

Harris’ mammoth ego has more recently seen her blazing a cringe-inducing path through Southeast Asia, where she accused China of endangering the all-important “rules-based order” Washington is so fond of using as a bludgeon against its rivals when it has no actual crimes with which to confront them, and demanded US allies like Singapore and Vietnam do more to keep the largest economic power in the region in line.Upon their inauguration in January, she quickly overtook Biden in her enthusiasm for speaking to foreign leaders on the phone, a responsibility generally handled by the president. It’s no wonder that – all Freudian slips about a “Harris-Biden presidency” aside – most Americans suspect she, or someone else who isn’t Biden, is really running the show.

To have someone so disliked by her own country, with such poor control of her emotions and ego, plopped into the White House in the middle of a massive (if rarely spoken-about) economic death spiral, a series of (also largely unmentioned) unwinnable wars in the Middle East, a border crisis and a pandemic is begging to bang the final nail in the American empire’s coffin. One might argue the US could well collapse under Biden, too, but he at least has decades of experience in public office to fall back on. Given her performance in Vietnam, her utter failure to even begin to deal with the border crisis, her inability to relate to the average human being and that unholy cackle she lets loose at utterly inappropriate times, it has become increasingly clear that Harris does not have what it takes to do the job – certainly no more than Biden does.

What she lacks in ability, she makes up for in narcissism, mustering sheer chutzpah to bend others to her will. Harris is the sort of person who, if invited to a friend’s birthday party, would spot the cake, think it was for her, and grab a slice before the hosts even noticed. It took hours of what must have been frantic pleading to convince her to cancel a planned appearance alongside California Governor Gavin Newsom at a car rally against his looming recall vote following Thursday’s bombings at Kabul airport. Americans aren’t so stupid they don’t know when they’re being disrespected, and Harris has managed to disrespect most sectors of the electorate. Almost half of Americans recently polled have an unfavorable opinion of her, and while Biden’s numbers are sliding downward, it’s extremely doubtful anyone calling for his impeachment would prefer her.

It’s not like there is no precedent for such short-sighted demands, of course. Trump was impeached not once, but twice by Democrats who seemed convinced they could shame the un-shameable, using the power of total narrative dominance to muscle the president’s own party into reeling him in. But Trump, unreeled, merely withstood the increasingly absurd charges lobbed at him, the second of which came too late to accomplish anything aside from showcasing his nemeses’ poor self-control. There was never a chance of a President Pence, but if there had been, he’d have done his best to adopt the nightmare Christian theocracy Trump’s enemies insisted was the Bad Orange Man’s end goal.

Biden, with his hair-sniffing, verbal incontinence and a son that makes Keith Richards look like the Dalai Lama, seems just as much of a stranger to shame as his predecessor. But his party has total control of the media as well as both houses of Congress, and if he is removed, it’s because they want him to be. And if that’s the case, America (and the rest of the world) had better watch out. President Harris will make President Biden look competent and President Trump look mature.