Home / sports / Immobile headed the chase for the Golden boot

Immobile headed the chase for the Golden boot 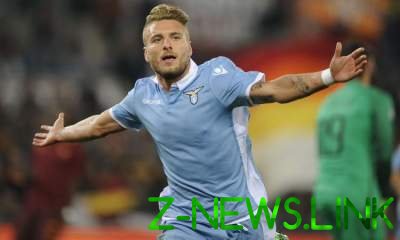 Forward of “Lazio” Ciro Immobile became the sole leader in the rankings of the best scorers in Europe.

Last week Immobile in a match with “Benevento” scored his 14-th goal in Serie A and gave three assists. The Italian walked around the leader of the attack “Monaco” Radamel Falcao, who failed to score against Bordeaux.

The top 10 scorers in Europe:

In the ranking of the best assistants in the top five Championships of Europe,.. Andres Guardado (Betis), David Silva, Kevin De Bruyne (both Manchester city), Ciro Immobile (Lazio) and the Pion Sisto (“Celta”)