Home / policy / Imaginary achievements. For Putin, there is not a single decree, after which ordinary citizens killed link would be better

Imaginary achievements. For Putin, there is not a single decree, after which ordinary citizens killed link would be better 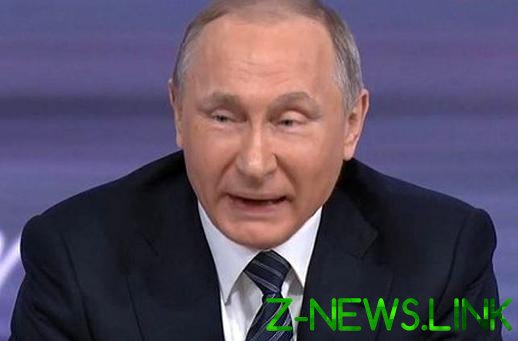 For the past two decades, Russian citizens tell stories about how well they live under the wise leadership of the great Putin. A number of achievements attributed to him, it is time to make the Guinness book of records. But then came April 2020, and the whole built over the years, the scenery collapsed. And now the citizens can see, finally, the reality to which they gave a “national leader”.

How much financial, technical and organizational resources were spent on creating the image of “national leader.” But the ugly picture, now opened eyes, so different from what inspired people for almost two decades that many, not to the extent impressionable, are in prostration.

Let’s see what Putin attributed, and compare with the observed reality. So, Putin reportedly managed to restore the industry and has ensured that Russia now doesn’t depend on oil and gas revenues. Restored industry observation can not be – talk about it, but nobody’s seen her. At this, the slightest fluctuation in hydrocarbon prices immediately leads to a collapse of the economy that does not fit in with the way industrialized countries. It is worth to note that in the context of an emerging crisis it is of assistance to anyone, from bookmakers to the cinema, but not on production. And this is understandable, as it is impossible to assist that which does not exist in nature.

Putin allegedly forced the oligarchs to share with the state. For a start it is necessary to remind that the oligarchs when Putin began to multiply exponentially, that does not fit with the tale about the carve-up with the state. In observable reality, on the contrary, the state began to give them much more than before. The total tax on extraction and sale of hydrocarbons will now be 4% of production and 4% on the sale. Total as much as 8%. While the income tax from the oligarchs is the same as ordinary citizens – 13%. Not superfluous to recall that until 2000, until the power came Putin, the oligarchs pay the total tax at 40%.

Putin allegedly increased the well-being of the Russian population. Again, look at reality. What kind of rise you can say if the results, and only part of the citizens, instead of one minimum Wage salary does the “Kremlin” as generous assistance from his master’s shoulder? The fact that Putin everyone who has an income just above the minimum wage, took to the “middle class”, reports about the real welfare of the population are most accurate. We should not forget that the level of spending on essential goods, medicines and utility payments when “the leader” increased significantly, in contrast to real incomes.

Thanks to Putin with Russia allegedly began to reckon around the world. How in the world is with Putin’s Russia, clearly showed the situation with the negotiations on quotas for oil production. Putin and company bent, so that even once and not remember who else was so caved in to the West. In combination with other actions of the West – sanctions, doping scandals, dismissal from participation in the G8 and others – not give the impression that Russia someone is considered to be. And the actions in Syria to countries such as Israel and Turkey demonstrate that over the Russian Federation and with impunity just kidding.

Putin allegedly created financial reserves to safely survive the tough times. Times these still did not come, and the jug is empty. The very existence of the capsule, most likely, the same tale as all the other Putin’s achievements. Especially given the fact that in recent years the external debt of Russia grew more than two times.

Imaginary list of Putin’s achievements is long. But here is another observed fact: none of the ordinary citizens of the Russian Federation is unable to recall any single Putin’s decree or order, after which he, the ordinary citizen, killed link would be better or at least easier.