Home / WORLD / ‘I’m wondering when we voted to go to war?’ – US Congressman

‘I’m wondering when we voted to go to war?’ – US Congressman 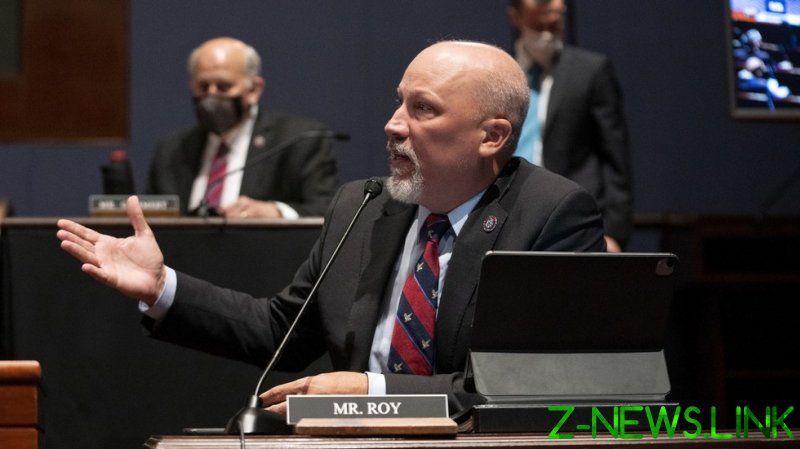 Congressman Chip Roy (R-Texas) has condemned House Majority Leader Steny Hoyer for stating that the US is “at war,” presumably with Russia. Roy hammered Democrats and Republicans alike for deepening America’s involvement in the Ukraine conflict in order to “feel good about ourselves.”

In a video clip posted by Roy’s press office on Wednesday, the Texas Republican took aim at Hoyer for declaring on Friday that the US is “at war,” and that critics of the Democratic Party should “focus on the enemy” instead of rising energy costs at home.

“When I hear the majority leader of the other party say ‘a time of war’…I’m wondering when we voted to go to war?” Roy said.

“If we’re gonna have a proxy war, and we’re gonna give $40 billion to Ukraine, because we want to look all fancy with our blue and yellow ribbons and feel good about ourselves, maybe we should actually have a debate in this chamber,” he continued.

Roy was one of 57 House Republicans who voted against the passage of the $40 billion military and economic aid bill for Ukraine earlier this month. However, the bill had strong bipartisan support and passed with 368 votes to 57. It is now expected to pass the Senate later this week.

Republican lawmakers opposing the bill either argue that the money would be better spent solving domestic issues or that pumping military aid into Ukraine risks drawing the US into war with nuclear-armed Russia, or both. 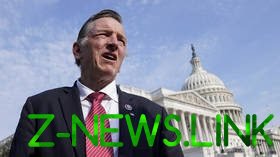 READ MORE: ‘Russia not our enemy’ – US congressman

Roy, who described the bill as “garbage,” reiterated these arguments on Wednesday. “When the border of this country is wide open…and fentanyl is pouring in and we have $30.5 trillion of debt and gas prices are spiking and $1,100 to fill a tank of diesel, and we go ‘oh, blank check for $40 billion.”

“By the way, I’m looking at my colleagues on this side of the aisle on that same point,” he concluded.

Aside from supporting the $40 billion package making its way through Congress, the Biden administration has already given Ukraine nearly $4 billion worth of weapons since February, has placed an embargo on Russian oil and gas imports, and has imposed several rounds of economic sanctions on Moscow.

With the US arming Ukraine and sharing intelligence with Kiev’s forces, Russian Foreign Minister Sergey Lavrov has accused Washington of waging a “proxy war” against Russia, while Russian Security Council Secretary Nikolay Patrushev claimed on Tuesday that the West has used Ukraine as pretext to fight an “undeclared war” against Russia’s “very statehood.”