Home / WORLD / ‘I’m sorry, I’m sorry’: US congressman tears up while apologizing for his ‘white privilege’ on House floor (VIDEO)

‘I’m sorry, I’m sorry’: US congressman tears up while apologizing for his ‘white privilege’ on House floor (VIDEO) 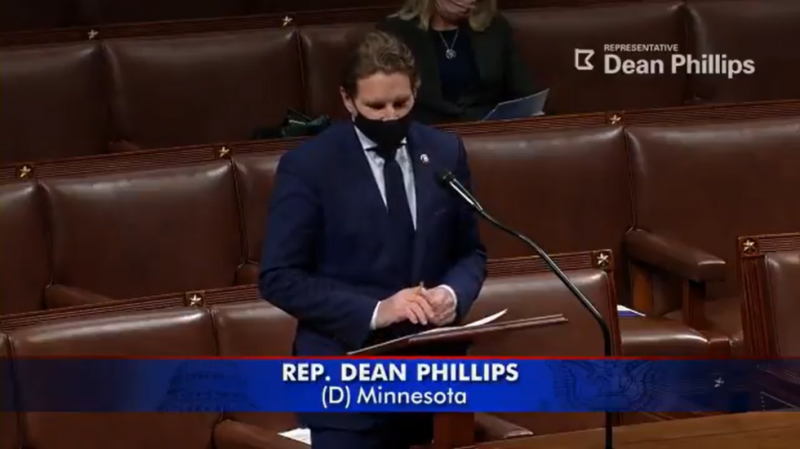 During a Thursday evening House discussion, in which members of Congress were invited to “share their stories” about the day Donald Trump supporters stormed the US Capitol, Rep. Dean Phillips recalled that he had asked his fellow Democrats to follow him to the Republican side of the chamber in an effort to “blend in” as conservatives.

“But within moments I recognized that blending in was not an option available to my colleagues of color,” Phillips said, his voice beginning to break.

“So I’m here tonight to say to my brothers and sisters in Congress and all around our country: I’m sorry. I’m sorry,” the congressman continued. “For I had never understood, really understood, what privilege really means.”

He added that it had taken “a violent mob of insurrectionists and a lightning bolt moment in this very room” to come to his realization. “But now I know. Believe me, I really know.”

“This brought me to tears,” a particularly enthusiastic Twitter user wrote, while Mediaite reporter Tommy Christopher claimed the speech gave him “chills.”

On the flip side, however, many ridiculed Phillips’ apology.

“The most oppressed class in America… the politician,”joked one user, while another questioned, “Who do they imagine this appeals to?”

Ocasio-Cortez was this week accused of attention-seeking and exaggerating her own experience of the Capitol riot after she said she considered her life to be in danger as events unfolded.