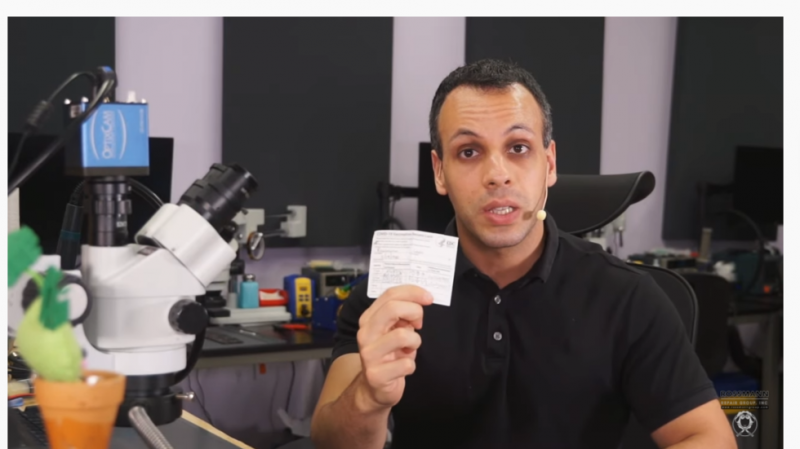 Louis Rossmann, whose biting commentaries on ‘right-to-repair’ and a wide range of other issues have earned him a large social media following, published a video on Wednesday in which he announced that his Manhattan computer repair shop would not be turning away customers based on their vaccination status. As a specialist in Apple repairs, Rossmann has championed legislation that would allow people to repair their devices without having to rely on services offered exclusively by the Silicon Valley giant.

A day earlier, New York Mayor Bill de Blasio announced that the city will require employees and customers at indoor businesses to provide proof of vaccination starting next month. The controversial initiative, dubbed the ‘Key to NYC Pass’, will apply to indoor dining, gyms, and entertainment venues. Rossmann made it clear in his video that he would not comply if the city tries to make him enforce this.

Stressing that he was fully vaccinated against Covid-19 and believes that the benefits of inoculation far outweigh the risks, Rossmann said it was clear that New York City’s leaders “don’t understand the concept of consent.”

He argued that people are capable of weighing the risks and consequences associated with not getting vaccinated and that it should be a personal choice.

Pointing to the economic devastation caused by more than a year of lockdowns and other restrictions, Rossmann said that most businesses in the city don’t have the “luxury” of selecting customers based on their personal health decisions.

He dared city officials to inspect his store, vowing that he would move his business elsewhere if he was ever targeted by authorities. According to Rossmann, de Blasio needs to be sent a strong message in order to make it clear that a red line has been crossed.

He ended his YouTube rant by reiterating that he is “110% pro-people getting the vaccine.”

“You cannot call me an anti-vaxxer. What you can call me is an anti-authoritarian,” Rossmann said. He called on city and state leaders to return to a voluntary approach to vaccination, arguing that the current policy does not treat people as “human beings.”

“Authority is earned and trust is earned,” he noted. Addressing de Blasio and New York Governor Andrew Cuomo, he added: “You are a mayor and a governor, not a dictator and a king. Learn your role and get the f**k out of here with this bulls**t.”

The controversial vaccine ID scheme is the first of its kind in the United States. Officials have claimed that it is necessary to help contain an uptick in Covid-19 cases in the city, but critics have called the measure discriminatory, and have even pointed to the fact that it will likely disproportionately harm African Americans, who currently have the lowest vaccination rates.