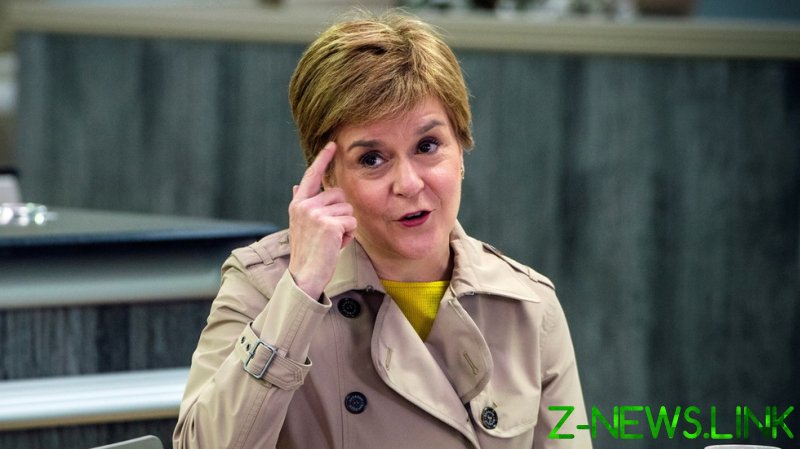 “I don’t believe we should propose a referendum right at this moment,” Scottish First Minister Nicola Sturgeon told BBC Radio 4 on Friday morning, adding that the country’s current problems had to be tackled first.

In what may be seen as a U-turn for the Scottish leader, Sturgeon said she thought “being cautious” on independence was the right thing to do with the nation’s economic challenges exacerbated by the Covid-19 pandemic.

The first minister dismissed the chances of her former colleague and fellow independence campaigner, Alex Salmond, who leads the Alba Party, at the May 6 election. She claimed his attempts to “game the system” to achieve independence won’t help win over the voters they would need if there were an Indyref 2.

Questioned on the practicalities of an independent Scotland, Sturgeon claimed that the country would thrive but brushed off criticism that cutting Edinburgh off from London to join the European Union would be more harmful than beneficial.On Thursday, NatWest Bank reinforced widespread scepticism in the economic viability of Scotland’s independence movement, vowing to move its HQ from Edinburgh to London should the nation eventually vote to split from the UK.

NatWest CEO Alison Rose said the company would simply be too big for Edinburgh. “In the event that there was independence for Scotland our balance sheet would be too big for an independent Scottish economy. And so we would move our registered headquarters, in the event of independence, to London,” she told reporters.

Sturgeon’s announcement on Friday comes as support for independence in Scotland falls to its lowest level in years, with the latest poll only showing 42% of Scots back the move.

The Scottish National Party leader has campaigned for independence throughout her political career and called for a second referendum after the UK voted for Brexit in 2016, despite losing her own independence referendum in 2014 by 55% to 45%. Only four of Scotland’s 32 council areas voted in favour of independence.