Home / WORLD / I’m no bleeding-heart liberal, but I believe Shamima Begum should be brought to UK and put on trial here 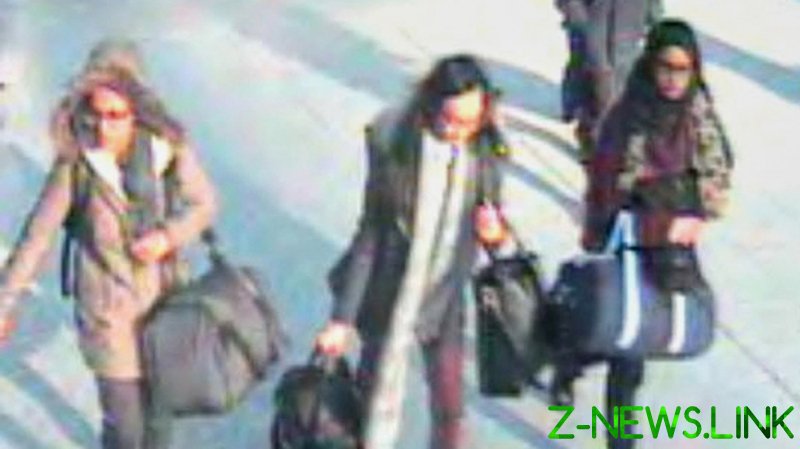 The almost never-ending Shamima Begum case has once-again made big news in the UK. Debates are raging between liberals, who want her to return, and those of a more conservative disposition, who say leave her in Syria to rot.

For those who are not aware of the story, Begum was 15 when she and two of her friends left the UK to travel to Syria and join the Islamic State terrorist group (IS, formerly ISIS/ISIL). Whilst in Syria, Begum married a Dutch Islamist and had three children, all of whom have died. It was reported that Begum had been an “enforcer” in Raqqa –at that time the unofficial capital of the notorious Islamic State– and had attempted to recruit other women into the terrorist group. Begum denies this version of events.

In early 2019, she was found in a Syrian refugee camp, nine months pregnant. Shortly afterwards she was told she could never return to the UK and had her citizenship revoked. In February this year, the British Supreme court rejected her pleas to return, thus she remains stateless and still in a refugee camp.

Begum is now appealing the Supreme Court’s ruling and on Friday her lawyers claimed that there was “overwhelming evidence” that she had been the victim of child trafficking. I have to say, this seems a somewhat spurious claim by Begum’s lawyers, but nevertheless there can be little doubt that she had been groomed and radicalised online.

My initial reaction to the Begum case was like those of the majority of Brits, that she is a traitor and deserves to be left in Syria to rot. But once I thought about the case, I began to change my opinion. Now I am far from a bleeding-heart liberal – my speeches over the years make that perfectly clear – but I do believe that Begum should be allowed to return to the UK to face a trial by jury.

There are also cases that we can refer back to, which put the whole Begum debacle into some perspective. A few years ago, I read an excellent book called The Traitors by Josh Ireland, which covers a number of Brits who collaborated with the Nazi Germany during the Second World War. It was here where I first came across the curious case of Kenneth Berry. Berry was a 15-year-old merchant seaman who was captured by the Germans in 1940. Whilst in a prisoner-of-war camp in France, he was persuaded by John Amery, the son of a British Cabinet member and a well-known Nazi collaborator, to enlist in the German army to fight communism on the Eastern Front.

Berry and a number of other oddballs joined the British branch of the Waffen SS, bizarrely called the British Free Corps in 1943. Although the British Free Corps never saw active service, Berry did attempt to recruit more British prisoners of war into the SS. In April 1945, when it was clear the war was over, Berry deserted. He was finally arrested by the Red Army, who handed him to the Americans, who then flew him back to Britain. Now here is the point: unlike Begum, Berry never had his citizenship revoked and he returned to England to stand trial.

Berry was tried under the Defence Regulations Act in 1946 and found guilty. He was given nine months’ hard labour and then allowed to continue with his life. Following his trial in 1947, the British Director of Prosecutions said that Berry was an “irresponsible youth who was easily led.” For the record, other traitors were not so leniently treated. For example, Amery, who also was not stripped of his citizenship, was tried for treason, and rightly hanged in 1945. Berry was treated less harshly on account of his age and lack of worldliness. Surely parallels between Berry and Begum are there for all to see. Both were incredibly young and both extremely foolish and undoubtedly easily led.

We are often told that we have become a more liberal and tolerant society since the end of the Second World War but, in the case of Begum, I do not think we have. Can anyone really make the argument that joining ISIS in 2015 was worse than joining the SS during the Second World War? No, I thought not. I say bring Begum back to the UK and allow the authorities to interrogate her, just as Berry was following his capture in 1945. And who knows, she might offer up information that will be crucial in preventing future domestic attacks. She can then be put on trial, which will no doubt result in her going to prison for a very long time. Now that, I would argue, would be British justice served.