Home / WORLD / I’m happy I can get a shot of Russian vaccine & escape this ‘prison’, self-isolating filmmaker Kusturica tells RT

I’m happy I can get a shot of Russian vaccine & escape this ‘prison’, self-isolating filmmaker Kusturica tells RT 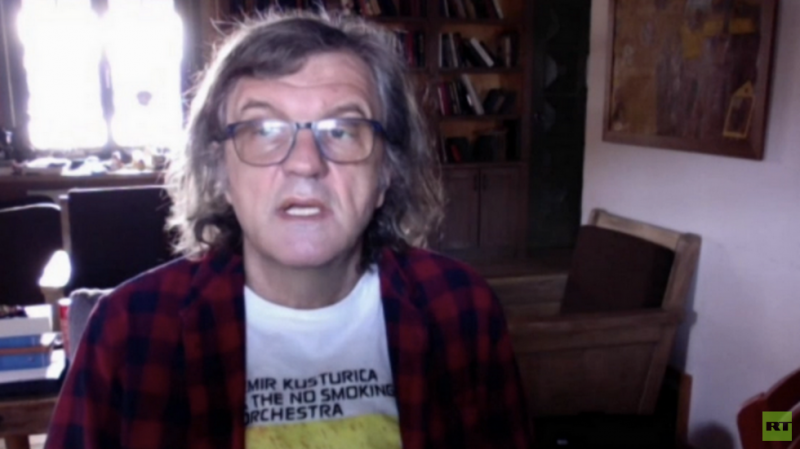 Like many others, the 66-year-old filmmaker found his life significantly changed due to the pandemic. Previously a regular traveler due to his work and fame, he now spends much time at his country home, limiting outside contacts as much as possible to avoid the infection.

“For the first time I am staying here for long periods of time. And I must tell you [sometimes] I feel like I am in a prison,” he said, speaking from Mecavnik, an ethno-village he had constructed as a set piece for his 2004 drama ‘Life Is a Miracle’.

The director said he was thrilled by the availability of vaccines against Covid-19. “Let’s be happy that we can line up and get a jab and be able to socialize,” he said, adding that he personally prefers the Russian-made Sputnik V vaccine.

His scientist friends told him the Russian formula was based on a conservative time-tested technology, unlike some others, Kusturica said, explaining his choice. Serbia is one of several nations that is using Sputnik V for immunization of its citizens.

He lamented that vaccination has become politicized, like many other aspects of life. Fighting the pandemic could have been a unifying moment for humanity, but instead it became what the World Health Organization chief, Tedros Adhanom Ghebreyesus, recently called an imminent “catastrophic moral failure.” Kusturica said he hoped Russia will hopefully push the world in the opposite direction.