Home / WORLD / ‘I’m good’: Ex-president of Maldives on the mend after being critically injured in bomb blast

‘I’m good’: Ex-president of Maldives on the mend after being critically injured in bomb blast 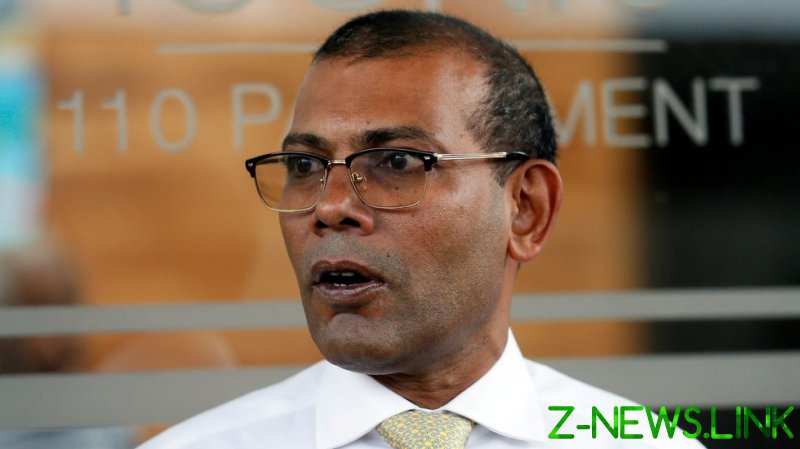 Nasheed, the head of the Maldivian Democratic Party and the country’s current parliament speaker, was injured after an explosive device attached to a motorbike detonated as he left his home in the capital, Male on Thursday.

“I’m good,” he said after being taken off life support, his sister relayed in a social media post.

In a separate message, the politician’s brother said that doctors were pleased with Nasheed’s recovery and that he was breathing on his own.

Nasheed reportedly told his sibling that he would “come back stronger” after he healed from his injuries.

According to the hospital where he received treatment, the former president underwent a series of “life-saving” procedures, including surgeries on injuries to his head, chest, abdomen, and limbs.

The country’s current president, Ibrahim Mohamed Solih, tweeted that he was “thankful to Almighty Allah” that Nasheed’s surgeries had been successful and wished him a quick recovery.

Meanwhile, police announced on Saturday that they had made two arrests as part of their investigation into the incident, which is being treated as an act of terrorism. Authorities did not provide any further details about the detained individuals.

No one has yet come forward and taken responsibility for the attack. The 53-year-old is a staunch critic of Islamist extremism and has also played an active role in anti-corruption efforts aimed at opposition leaders.

The Sunni Muslim country has struggled with political unrest in the past. Nasheed, the nation’s first democratically-elected leader, was deposed and exiled in 2012.