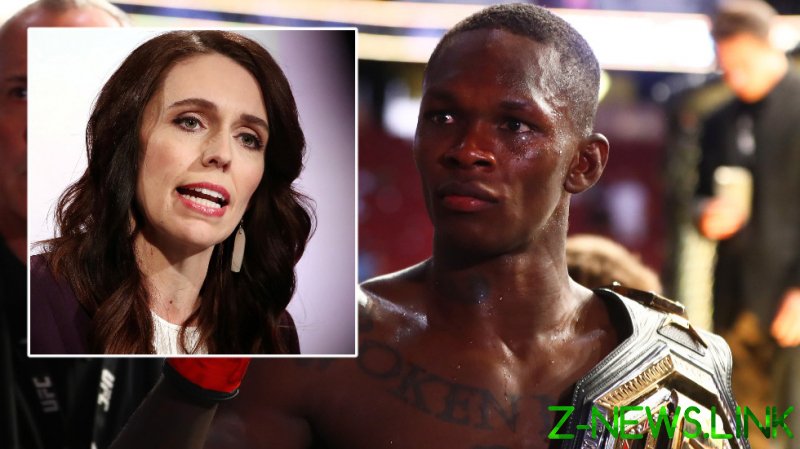 Frustration over the strict lockdowns imposed by prime minister Jacinda Ardern – who this week announced that Auckland, where a third of New Zealanders live, will move down a tier from the highest restrictions available – have been growing, and middleweight king Adesanya’s patience has clearly snapped.

‘The Last Stylebender’ has been unable to confirm a date for his UFC rematch with Robert Whittaker because of border restrictions and lockdowns imposed in New Zealand, where there have been 27 deaths so far since the pandemic began.

Adesanya appeared to take aim at the government over exemptions granted to other sports teams and athletes, including the Australia rugby team, who were allowed to enter the country for a test match because of its “economically important” estimated value of between $17 million and $20 million.

New Zealand cricketers were also reportedly allowed to enter Pakistan without taking Covid tests at airports in a move that may have further antagonized Adesanya.

“Ever again. I’m done. All that money, they can get it from somewhere else. The rugby, the cricketers and all the others they’re f*cking giving exemptions to.

“But for me, you will never ever see me fight on these shores [again]. That was one of my dreams.

“One of my dreams was to headline a stadium in my backyard. That dream is dead. Dead in the water.”

Teammate Dan Hooker’s struggle to secure a visa ahead of his UFC 266 win over Nasrat Haqparast in Las Vegas on Saturday is also likely to have enraged ‘The Last Stylebender’.

“Cat’s out the bag… I’m moving to America,” Adesanya declared of his drastic decision.

“When faced with obstacles, we adapt and overcome. I’m 32 and applying pressure like [the song by American rapper] J Cole before I’m out of the game.

“We built this legacy at [New Zealand gym] City Kickboxing ourselves and the support of the people: no [government] handouts or backing and [we] became the number one winning gym on earth.

Announcing the modest easing of measures last week, Ardern claimed “If New Zealand had been hit as hard as the United Kingdom or United States, nearly 10,000 Kiwis would have died.”

She said that her government’s plan is to open international borders to vaccinated travelers from ‘low-risk’ countries in early 2022.

“We cannot keep border restrictions on forever – and, to be absolutely clear, we don’t want to do that either, and neither do the experts we talk to,” she added.

“Border closures were only ever a temporary measure in order to keep Covid out before a vaccine was developed and administered.

“So long as the scientific evidence shows we can safely transition from a border defense to the individual armor of the vaccine, then that is the direction we will go.”