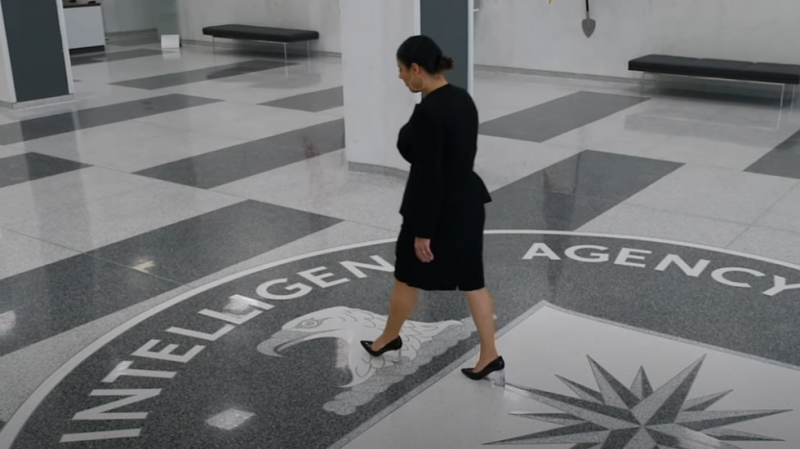 The CIA apparently wants Americans to know that despite its history of toppling democratically elected governments and operating torture ‘black sites’, it is still very much an equal opportunity employer.

In a promotional video for the agency, an employee explains how she “used to struggle with imposter syndrome,” but later rejected the “patriarchal ideas” holding her back, realizing that she “earned her way in” to the agency.

“I am a woman of color. I am a mom. I am a cisgender Millenial who has been diagnosed with generalized anxiety disorder. I am intersectional but my existence is not a box-checking exercise,” the woman states as ambient string music plays in the background, coupled with footage of her walking around her office and doing other inspiring things.

Describing herself as a “proud first-generation Latina and officer at CIA,” the woman explains that she won’t apologize for “intoxicating” people with her “brilliance.” In the ad she is shown wearing a t-shirt with a female gender symbol containing a raised fist.

The video also shows some of the accolades that she has won for her excellent service at the agency, including the “Donald R. Cryer Award for Diversity and Inclusion.” Cryer played an integral role in spearheading the agency’s diversity programs, and was dubbed a CIA “trailblazer” by former director John Brennan in 2014.

Originally published on YouTube back in March, the video was titled “Humans of the CIA” and included two hashtags, #KnowYourValue and​ #WomenInIntel.

The ad was heavily downvoted on YouTube, and later migrated to Twitter – where it received an equally chilly reception.

Many observers had difficulty wrapping their heads around what they had just watched.

“‘My existence is not a box-checking exercise.’ As she then proceeds to tell the viewers each identity box she checks,” joked one comment.

Others struggled to understand how the CIA could possibly pretend to be “woke,” noting that the agency was probably actively trying to destabilize the native country of the woman’s immigrant parents.

The next CIA torture program will be truly diverse and inclusive, joked another reply to the video.

There was also discussion about how the agency had “co-opted” the language of the left, sparking disagreement about whether the ad was proof that the progressive movement in America has failed.

One commenter didn’t seem to mind the CIA’s new recruitment strategy, arguing that the world would be a better place if the agency was filled with “meaningless babble uttered by this woman/actor than the cool but malevolent intelligence of some operators.”

The agency has made increasing diversity a priority. In January, the CIA launched a new recruitment website in order to attract people from a wider range of backgrounds.