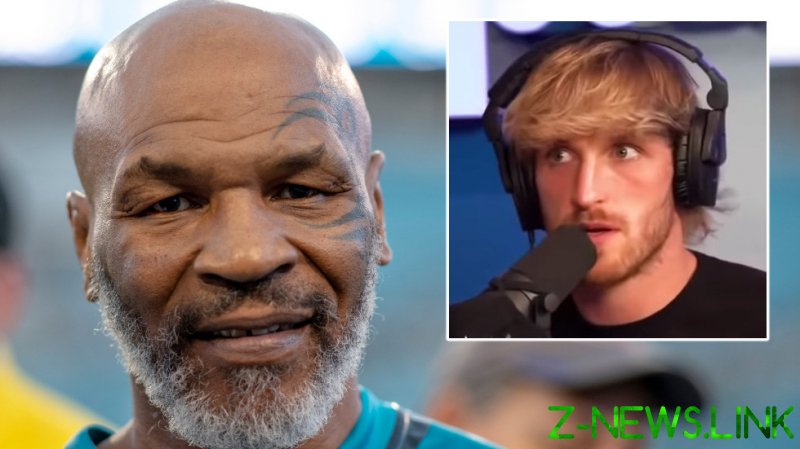 Boxing legend Tyson was broadcasting to a vast audience on loudmouth celebrity Paul’s hugely popular podcast when he wolfed down the mushrooms and smoke his beloved marijuana, shocking Paul as he explained that he was taking four grams of the drug.

A dose of between one and two grams would produce “plenty of mind expansion and reality augmentation”, while five grams is a “heroic dose” that would guarantee “ego death” and an “out-of-this-world-experience”, according to the Psychedelic Times.

“This is a lot of motherf*cking mushrooms, Mike,” exclaimed a staggered Paul, while his co-host admitted that he felt a little unnerved by Tyson’s stare as he ate the potentially mind-blowing quantity in one go.

“This is nothing,” replied Tyson, whose clean drug test for his huge veterans’ fight with fellow icon Roy Jones Jr last month did not include testing for the marijuana that he said he had smoked beforehand and in training. “I used to do bags, n*****.

Paul, whose brother, Jake, knocked out NBA star Nate Robinson on the undercard of Tyson’s return, was told that his podcast was more dangerous than shoveling psychedelics into his mouth.

“Mushrooms are going to make you beautiful and feel good and all that stuff,” Tyson assured him. “This [podcast] is going to send you to prison or get you shot.

“I’m an extremist. I’m really extreme. I’ve got a wife and family and it’s looking really good, so I’ve calmed down a lot.”

The interview descended into good-natured hysterics as Tyson shared his wisdom, and the former heavyweight champion of the world appeared to be slurring his words under the influence by the time talk turned to fighting.

Rookie Paul is due to take on undefeated all-time great Floyd Mayweather in a boxing match in February, and Tyson did not mince his words as he continued to attempt to digest the mushrooms.

“Let me tell you something about Floyd – this is what I don’t like about him either,” he said, seeming deep in thought.

“Whatever you say about him, he’s in that gym. He retired but he stayed in the gym, he can’t help it. That’s his heroin – the gym.

“He might let you hit him a couple of times to make the show look good. You’re a man, you’re not f*cking charity. There’s always a danger when you go in the ring. Anything can happen.

“Floyd is going to beat [Paul’s] f*cking ass. He’s one of the best. How can you not be an asshole when you’re that great? [But] there’s only one step from the limo to the gutter.”

The apparently high Tyson was later handed a live pigeon in a basket, stroking the bird while explaining that his enduring love of the species has resulted in him still owning 500 pigeons today.

“It’s my culture,” he said as the co-hosts scrambled to keep the conversation flowing. “Look at Mike Tyson with his pigeon.”