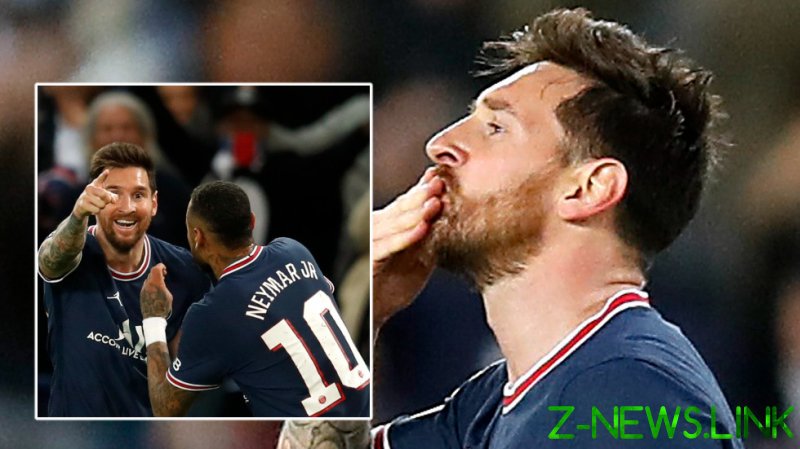 It took 74 minutes for Messi to weave his magic and seal the 2-0 victory. Driving forward from inside the City half on the right, he exchanged passes with Kylian Mbappe, who cleverly heeled the ball back into his path outside the penalty area, before curling a magnificent effort beyond Ederson’s dive and into the far corner of the net.

City arguably deserve credit for bossing much of the game. PSG avenged their lackluster showing against these opponents that sent them out at the quarterfinals stage last season. Those talking points are reduced to subplots: Messi’s enduring brilliance, again, is the story of the night.

“I hadn’t been able to play recently and this was only my second game in this stadium,” Messi told Canal+.

“I’m adapting to my new team. The more we forwards play together, the better our relationship will be. We all need to grow together and improve and keep giving our best.”

Billed beforehand as a clash of the two most expensive teams in world football, the identity of the man who opened the scoring with only eight minutes gone would not have been among the pre-match predictions of many inside the Parc des Princes.

Mbappe and Neymar were involved, though: the France forward burst to the byline inside the penalty area on the right, firing a low cross back into the path of Neymar, who could not apply a touch.

Riyad Mahrez was also unable to apply any force to his clearance, gifting Idrissa Gueye a chance in front of goal that he crashed beyond Ederson and into the far top corner of the beaten goalkeeper’s net.

That was the midfielder’s first goal on his 24th appearance in the competition, and it was largely as good as it got for PSG with the exception of a fine Ederson stop to tip a fierce Messi effort over the crossbar.

Mahrez menaced PSG down the right in a whirlwind of stepovers and crosses, and Kevin de Bruyne must have thought he had supplied the equalizer when his classy cross from the left with the outside of his foot found Raheem Sterling’s leap inside the penalty area.

The England striker’s header beat Gianluigi Donnarumma but not the crossbar, bouncing kindly for Bernardo Silva in front of goal, who suffered the same fate as his half-volley rebounded off the same inch of the woodwork.

There was a sense that PSG coach Mauricio Pochettino would need to make changes or risk the regret of acting after one of the attacks on his defense found its mark.

Sterling rolled a shot wide at the start of the second half and Donnarumma needed a second attempt at gathering a cross as the momentum continued to be with Pep Guardiola’s players, who looked more like the home side.

Not for the first time, Mahrez slipped Kevin de Bruyne in on the penalty area on the right, racing beyond Nuno Mendes with a diagonal run before Donnarumma stopped his low angled shot with an outstretched foot in another heroic intervention by the new signing.

Neymar raced onto a short Messi pass beyond the halfway line on the right, rampaging into the penalty area without convincingly appearing to have full control of the ball. Fleet-footed Walker was able to catch up and distract him, sending his shot into the side netting.

Messi had produced a surprisingly quiet performance until then by his standards, although Pochettino will undoubtedly have thought twice about any inclinations to save his star signing for another game after the controversy switching him out caused on his previous appearance.

“They were great opponents,” Messi acknowledged. “It was very important for us to win the match after our [1-1 opening Champions League] draw against Brugge. I’m very happy to have scored.”

Jack Grealish, the most expensive Premier League signing of the summer, had a muted impact, and Phil Foden, making only his second appearance of the season, replaced him midway through the second period.