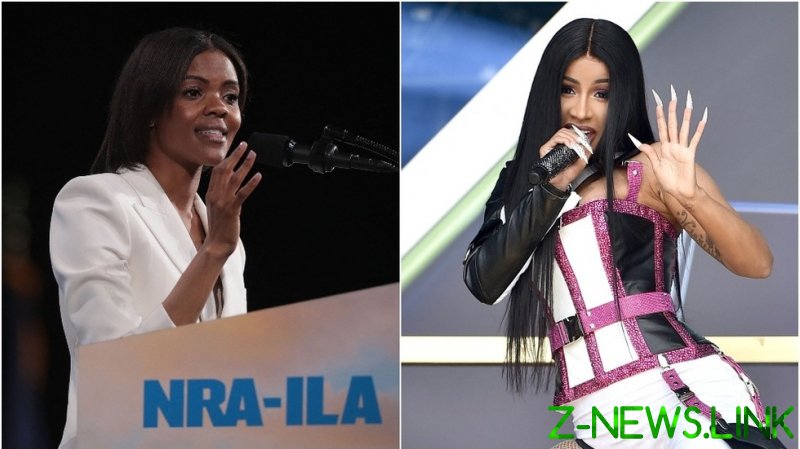 “Just spoke with my family. I am 100% suing Cardi for that nonsense,” Owens tweeted, accusing the singer of “throwing out wild lies” about her family.

Cardi earlier posted a screenshot of a tweet purportedly sent by Owens, in which she wrote that her husband had cheated on her with her brother.

Owens, whose new talk show is set to premiere on conservative website the Daily Wire this week, responded by calling Cardi a “liar” and claiming that the tweet was “Photoshopped.” She threatened to launch a defamation lawsuit unless the rapper admits to spreading fake information.

Cardi seemed unimpressed with a possible legal action. “I ain’t made it up honey Google it yourself,” she wrote about the tweet that Owens said was fake.

The Daily Wire co-founder and political commentator Ben Shapiro joined in the spat, accusing the singer of tweeting “defamatory things” about Owens’ brother.

Reports in the media said that the tweet in question was posted by Owens in November 2020 and was deleted soon afterwards. Celebrity gossip website AceShowbiz wrote at the time that the tweet may have been a sarcastic response to trolling.

Owens and Cardi B have fought on social media in the past, with Owens blasting the hip hop star for her support of Joe Biden and for the sexually explicit lyrics of her hit song WAP last year. On Wednesday, Owens called Cardi “self-deprecating” and argued that her raunchy behavior on stage at the Grammys sets a bad example for young women.

Cardi, in return, said that Owens was using the feud for self-promotion.