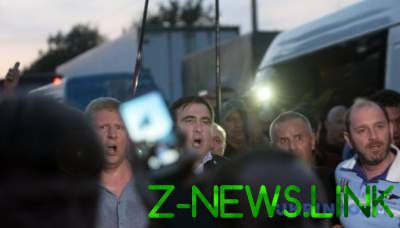 The former head of the Odessa regional administration found guilty of illegally crossing the Ukrainian border.

The court of appeal of Lviv region upheld the decision of the Mostyska district court on the recognition of the ex-Chairman of the Odessa regional state administration, Mikheil Saakashvili, guilty of administrative violation when crossing the state border of Ukraine. This was announced by the judge Igor Tanecnik.

“The resolution of Mostyska district court from 22.09.2017 year remain unchanged. The appeal of lawyers of Saakashvili to leave without satisfaction”, – said Tanecnik.

According to him, the ruling is not appealable.

Saakashvili himself at the hearing did not appear. As his lawyer said Markiyan Halabala, the defendant has not arrived due to “obvious theft to law enforcement, his colleagues in Kiev.”

As reported, September 10, deprived of Ukrainian citizenship, Saakashvili broke into Ukraine from the territory of Poland, without passing border control on the Ukrainian side.

Mostyska district court of Lviv recognized Saakashvili guilty of illegal crossing of the Ukrainian border and imposed on him a fine of 200 tax-free minima – 3400 UAH.