Illegal 1,500-strong rave kicks off in France after night of clashes that saw 5 police injured & reveler LOSE a hand (VIDEOS) 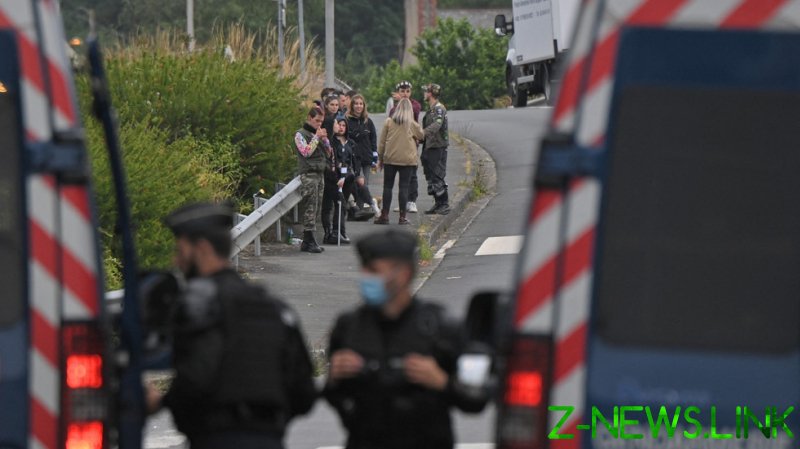 The revelers had flocked to a horse racing track outside the northwestern French town of Redon late on Friday in advance of the open-air event. The rave had not been authorized by the authorities, as it contravened coronavirus regulations, and some 400 police and gendarmes moved in on Saturday night to disperse the crowds before it started.

However, the police action soon devolved into “very violent clashes” between the revelers and the officers, state representative Emmanuel Berthier said. “The police were confronted with violent individuals who refused to leave the premises for several hours,” he told the AFP news agency.

Footage of the scene shows rowdy partygoers fending off the police with fireworks and what appear to be Molotov cocktails.

Officers were pelted with assorted objects, including such heavy-hitters as “boules balls and pieces of breeze block,” other local officials told AFP. The police responded with tear gas, deploying it so generously that it shrouded some areas completely.

Some five officers were injured in the clashes, with two of them ending up hospitalized. The revelers sustained at least one casualty, with a 22-year-old man losing a hand in the chaos. It was not immediately clear how he sustained that gruesome injury.

Nonetheless, the overnight violence did not prevent the party, with music and dancing starting in the early hours of Saturday. Law enforcement agents have placed roadblocks and checkpoints around the rave, but have so far abstained from making new attempts to disperse the crowd.

Ironically, the rave had been planned in commemoration of a young man killed in the nearby city of Nantes two years ago during the annual Fête de la Musique event. The man, Steve Maia Canico, was pushed into the River Loire and drowned when the police attempted to disperse a similarly large gathering.