Home / business / Igor Rotenberg do not give a “rogue”

Igor Rotenberg do not give a “rogue” 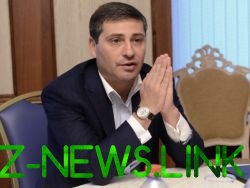 The businessman will plead with the locals.

According to the top management of the company “gross”, in relation to Igor Rotenberg, the city of Asbest in Sverdlovsk region hinder the realization of the 900-million Federal project for the production of antimony trioxide. This has filed a lawsuit challenging the planning regulations, the consequence of which was the actual inability of erection of the plant concerned. In the course of the hearing defendant was Gorodskaya Duma – instead of the mayor’s office informed the deputies adopted a controversial, according to “gross” standards.

The essence of the claim of the plaintiff is that the area of the former steel plant, where he planned to place antimony enterprise, related to the P-2. This means that the high hazard category on this site should not be, contrary to what stated in the Federal project appointment.

Lawyer “gross” considers this situation a violation of the rights of the company and intends to appeal the decision of the authorities, the more that she saw in the relevant regulations a contradiction: in fact, the production of the required hazard class to place on the plot is possible, however, without construction and reconstruction, despite the fact that the tenant already exists, the actual function of the works stated in the contract, and the land is in zone dumps “Uralasbest”, multiple overlapping sanitary protection zone.

Among other things, the plaintiff’s claims and procedural issues. According to the lawyer “gross” about changes to town planning rules should inform the population in the “Municipal journal” and not in the official Gazette “Asbestovskiy worker”, as was done, because the latest edition is simply not enough to set the detail familiar to all. The site of the city authorities is updated with a big delay, but because despite the fact that after receiving new information “gross” sent a statement to the Prosecutor, there was no reaction.

In turn, the defendants stated that no procedural violations in order to inform not see the requirements for publication on the website and in the printed media is made. As for innovations, they are, according to the authorities Asbestos, justified by the General plan, based on the logic of the enterprise “intact” are entitled to keep their previous class of danger, but when interventions (e.g., reconstruction) are required to lower it.

The Deputy Gordumy Asbestos Natalia Krylova, who spoke at the meeting on behalf of the defendant, told the media that all procedures took place in accordance with the municipality order, and “the Bulletin” where there is information about the updated regulations is the “Asbestovskiy working”. Due to the fact that the claim originally was meant for city hall, but in fact should be to the representative government body, and such in the courtroom was not, the meeting will continue on January 23 next year – with already the “right” Respondent.

It is worth Recalling that the Federal project for the construction of a plant for the production of antimony trioxide being discussed for the past four years, with builders regularly face protests gradozaschitnikov of the Sverdlovsk region.

For this reason, gross has refused initial plans for the construction of the enterprise in Degtyarsk and moved the vector to the Asbestos, where the object is created the third class of danger in the end it was approved. The site intended for placement of facilities, purchased by the company in the property.

Local activists of Asbestos, including speaking in court Krylov, also launched a protest activity, which initially did not enjoy the support of local deputies, but in the end resulted in the actual inability for the “gross” to implement the project due to changes in town planning rules. Despite the fact that he has elevated the level of significance (Federal), its status remains uncertain. In short, it looks like the way antimony plant and personally Igor Rotenberg will be more than one trial, and each of them will be farther into the mist to lead the future implementation of the project, standing nearly a billion rubles.