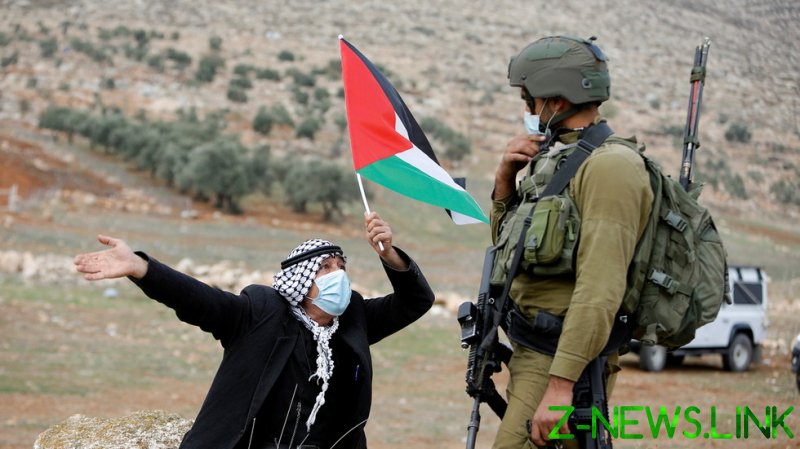 “Today, the International Criminal Court has proven once more that it is a political body and not a judicial institution,” Israeli PM Benjamin Netanyahu said after Friday’s ruling.

Netanyahu accused the court of “ignoring the real war crimes and instead is pursuing Israel, a country with a strong democratic regime, that sanctifies the rule of law.” He also said the decision “impairs the right of democratic countries” to defend themselves.

The Palestinian Foreign Ministry hailed the ICC’s decision as a “historic day for the principle of accountability” and said that it was ready to cooperate with the court, while PM Mohammad Shtayyeh welcomed the ruling as a “victory for justice.”

Friday’s ruling comes after the ICC’s chief prosecutor, Fatou Bensouda, asked the court to rule on its territorial jurisdiction as regards Palestine. “There is a reasonable basis to believe that war crimes have been or are being committed in the West Bank, including East Jerusalem, and the Gaza Strip,” Bensouda said back in 2019.

She added there is also a “reasonable basis” to believe that members of the Israeli Defense Forces (IDF) and the Israeli authorities, as well as Hamas and other Palestinian armed groups, may have committed crimes in the area. Bensouda also indicated she intended to open an investigation into alleged atrocities once the court ruled on the jurisdiction issue.

Israel has occupied the territories since 1967, the ICC said in its decision on Friday, pointing out that the UN General Assembly refers to the areas as the Occupied Palestinian Territory. The court specifically said that while it does have jurisdiction over Palestine, that it is “neither adjudicating a border dispute under international law nor prejudging the question of any future borders.”

Palestinians have long tried to get the ICC to look into IDF actions during Israel’s 2014 conflict with Palestinian militants in Gaza, as well as during the construction of settlements in the occupied territories.

Responding to the news, the US State Department expressed its “serious concerns” over the court’s effort to assert its jurisdiction over Israeli personnel in the Palestinian territories, and said Washington would be reviewing the ruling. Under former president Donald Trump, the US imposed sanctions on senior officials of the court – including Bensouda – for allegedly illegitimately attempting to subject Americans to the court’s jurisdiction while investigating possible American war crimes in Afghanistan.