Home / WORLD / If you’ll miss lockdown when it’s over, you need to get out more. It’s going to be a wake-up call for the whole world 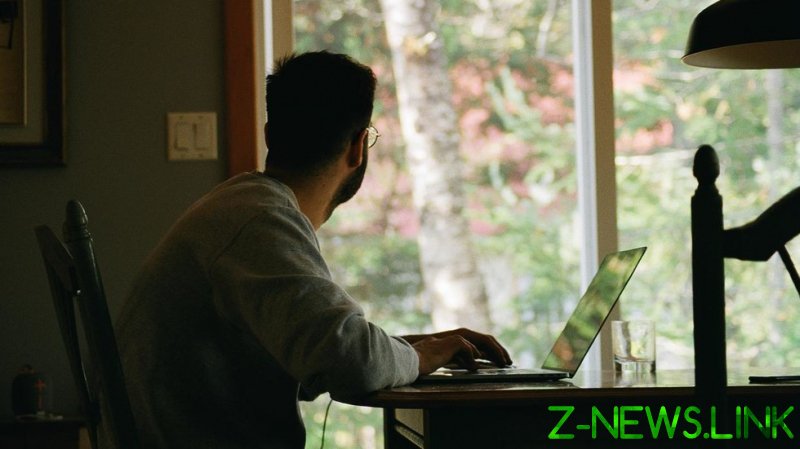 I don’t mean to be rude, but if lockdown really is your idea of ‘fun’, maybe, just maybe, when it’s finally all over, you need to get a life?

Some people like to be indoors. Some people are at their absolute happiest alone on their own sofa with the TV remote control in one hand and a fat slice of microwave pizza in the other. How else can we explain the YouGov survey that found 55 percent of Brits are going to miss some elements of lockdown?

But what happens when you’ve seen everything Netflix and HBO and Disney+ have to offer?

You might have to turn to the BBC or ITV or, God forbid, sit through the often unhinged hysteria on CNN (man, oh man, they’re STILL obsessing over Donald Trump).

But that won’t last long, either. There’s never anything on. I’ve had a flick through myself already. Many times. This has been going on, pretty much, for a year now after all.

I get it, at least a little bit. Sometimes the virus and the lockdown can be the perfect excuse to get out of something that you simply didn’t want to do. Maybe you don’t much like the weekly visit to Auntie Dot in the care home, on account of her flatulence and extreme right-wing views. Okay.

Work, too. Not having to go to the office and actually physically engage with some of those people that really stress you out. Especially the bosses, although those guys did give you the best lockdown dreams you’ve ever had – the ones where you’re Vlad the Impaler and you get to see them slowly sink to the bottom of a tall spike to join their own entrails. Or is that just me?

Not seeing folk that you truly dislike – even hate – can be truly liberating.

At some point, though, my ever-fattening friends, you have to emerge blinking and staggering out into the light. The human species wasn’t built to stay forever in a cave, and even bats don’t live there on their own; they gather by the tens of thousands. So, it’s not that safe in there, particularly when you think about all that chat about bats being where this new coronavirus came from in the first place…

Just like bats, even when humans actually did live in caves, we didn’t live alone. The human species is tribal; cities are merely an extension of what we already were anyway. We just added glass and concrete and electricity cables and WiFi and flushing toilets to something for which we already felt the need.

Maybe the lockdown, for many people, has been a wake-up call. So, if you really are going to miss it, if you genuinely do want to spend your entire life alone on that sofa… well, maybe you need to do a little bit of a reassessment.

When all this is over, we have a once in a lifetime opportunity to build something new. Go and join a club. Play poker. Play golf. Bowls. Tennis. Whatever, it doesn’t actually matter what you choose… you just need other members of the human tribe to do it alongside you. Why not try yoga? I’ve been able to do it during lockdown, and I’m utterly crap. But it’s fun and it’s approximately four bendy females to every non-bendy sweaty male – I like those odds, though I’m sure my lady classmates simply don’t even notice me (and really don’t care). I plan to persuade the owners to open a bar area, when it’s allowed.

The ending of lockdown is, I am starting to genuinely believe, going to be a wake-up call to the whole world. Let me share a little anecdote, if I may. Lucky me, I live mostly in Barcelona. And a week or two into the first lockdown last spring, I actually sneaked up to one of the highest spots in town – a place called Montjuic.

It’s where most of the facilities for the 1992 Olympics are, including the swimming pools, which are open to the public. It’s a real joy to pretend you’re an Olympic diver as you belly flop into the water with the entire cityscape as your backdrop. The Mediterranean is on one side, the mountains on the other. You should try it, when you’re allowed to fly here.

Anyway, there were no cars on the road. No cruise or container ships leaving port spewing black smoke. There were no aircraft in the sky. I have been up there countless times but this time, I swear, it was like a punch to the solar plexus. Clean air, almost pure oxygen, filled my lungs and hit my blood stream. The sky was a crisp blue I have simply never seen before; the view seemed endless all the way up to the Costa Brava and on into France.

And it was silent, utterly silent, aside from the birdsong, which was so loud I almost wanted to turn the sweeping and diving little buggers down.

It was, to me, utterly indisputable that this is what the world is supposed to look like when we’re not spewing CO2 into the atmosphere. I hadn’t given it all that much thought before; climate change had always been someone else’s problem. But now it feels different, more imperative.

And this was after only two or three weeks of emission control. In no time at all, the Earth was already dusting herself off and cleaning herself up.

Anyway, my point. In November, world leaders will meet in Glasgow for the latest climate change summit. And my guess is many of those stuffy old guys and boring old girls who rule over us and have the power to actually make change might have noticed this too. There’s no doubt that the pandemic will influence those discussions. There will be an urgency that would not have seemed so clear if 2020 and 2021 had been years like any others.

Governments across the world have stumbled and, in Boris Johnson’s case, mumbled and bumbled, all the way through this Covid-19 crisis. But, guess what? Pretty soon, we will be free of it. Free and clear; the virus will be held back in the same way flu has been for ages. We’re winning. No, we have already won. We’re just waiting for the final whistle.

We will be free to walk in the sunshine and see friends and family – enemies too. Won’t it be fun to actually punch one of these guys with a smile? The pandemic could prove to be the slap in the face we all needed, individually, and as a species. So, turn the TV off and start living, because there’s absolutely no excuse, really, for not wanting lockdown to end.