‘If you want peace, prepare for war!’ Lavrov says Russia ready to break off relations with EU if Navalny sanctions target economy 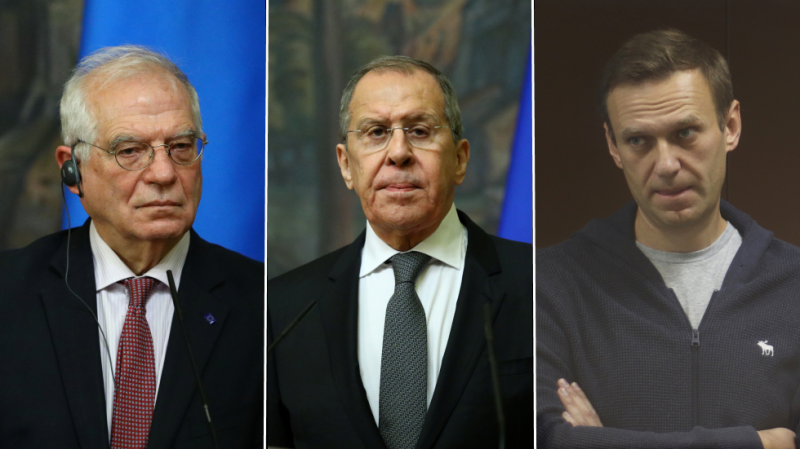 In a clip aired as a preview for an interview on the Soloviev LIVE YouTube channel, Sergey Lavrov said Moscow would seriously consider giving up on relations with the bloc amid growing tensions.

The diplomat was asked whether Russia might break off ties in the face of hostile new policies being mooted by EU chiefs. “Our starting point is that we are ready,” he said. “If we see again, as we have seen several times before, that sanctions are being imposed in areas that create risks for our economy.”

“Of course, we do not want to isolate ourselves from living in the world, but we must be ready for this. If you want peace, prepare for war,” he stressed.

Eyebrows were raised in Moscow after the EU’s foreign policy chief, Josep Borrell, announced that he would lead the charge for new sanctions on Tuesday. The former Spanish foreign minister had faced criticism from Western politicians over a cordial, even friendly, meeting with his counterpart, Lavrov, as part of a visit to Russia last week. However, on returning to Brussels he struck an altogether different tone.

“I wanted to test whether the Russian authorities are interested in a serious attempt to reverse the deterioration of our relations and seize the opportunity to have a more constructive dialogue,” Borrell said. “The answer has been clear: No, they are not.”

“I will put forward concrete proposals,” he said, adding that ministers will have the opportunity to debate any measures at a meeting on February 22.

Both the EU and the US have said they are mulling sanctions as a result of the arrest and imprisonment of opposition figure Alexey Navalny for breaking the terms of a three-and-a-half-year suspended sentence for fraud. He was detained after arriving at Moscow’s Sheremetyevo Airport from Germany, where he had been transferred in a comatose state last year following what his supporters, and some international organizations, say was a poisoning with the nerve agent Novichok.

READ MORE: US poised for sanctions on Russia as Washington claims ‘millions’ support jailed Navalny and hope for regime change in Moscow

US Secretary of State Antony Blinken told CNN on Monday that the White House was contemplating taking action against Russia. “It seems apparent that a chemical weapon was used to try to kill Mr. Navalny,” he said.

“That violates the chemical weapons convention and other obligations that Russia has,” he added. “We’re looking at the situation very carefully and when we have the results, we’ll look at that in the appropriate way.”

Moscow has slammed the West for seeking to change the facts of the case. “Don’t meddle in the internal affairs of a sovereign state. And we recommend that everyone deals with their own problems,” Foreign Ministry spokeswoman Maria Zakharova told Moscow news outlet RBK last week.

“Believe me,” she added, “they have enough of their own problems in these countries. There are plenty of issues to deal with.”