Home / WORLD / ‘If you try to bite Russia, we’ll knock out your teeth,’ Putin says, warning whole world is afraid of size & resources of country

‘If you try to bite Russia, we’ll knock out your teeth,’ Putin says, warning whole world is afraid of size & resources of country 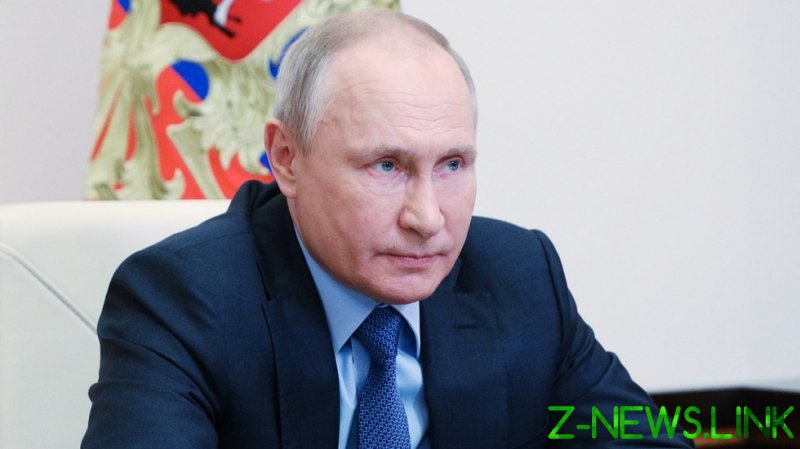 In a speech on Tuesday to the ‘Victory’ organizing committee, which is responsible for memorializing those killed in the Second World War, the Russian leader claimed that “everyone wants to bite us somewhere, or to bite something off of us.” If or when this happens, he said the country will “knock out the teeth” of those who try. He said that Russia’s size and its natural resources meant that rivals would always find reasons to attempt to clip its wings as it grew stronger.

“As one of our emperors said, ‘Our enormity terrifies everybody,’” Putin added. The full quote, attributed to Tsar Alexander III, claims this is the reason that “Russia has no friends.”

The president went on to criticize those who claim that the country’s natural resources – much of them in lumber, minerals and energy reserves in the vast expanses of Siberia – should not belong to one country alone. “It’s strange to hear these things, especially in public, but they sometimes come up,” he said.

Russian officials have repeatedly attributed a quote to former US secretary of state Madeleine Albright, in which she purportedly claimed that “the colossal natural resources of Siberia should not belong to Russia alone.” However, there is no clear evidence that Albright said this, and she herself has denied that these were her words. However, the idea that Russia could disintegrate or be broken up has been a longstanding concern within the country, with some Western analysts arguing in favor of the idea.