Home / WORLD / ‘If you can’t see the election was stolen you’re a moron’: Capitol rioter turned in by his ex, after he texted her DURING THE RIOT 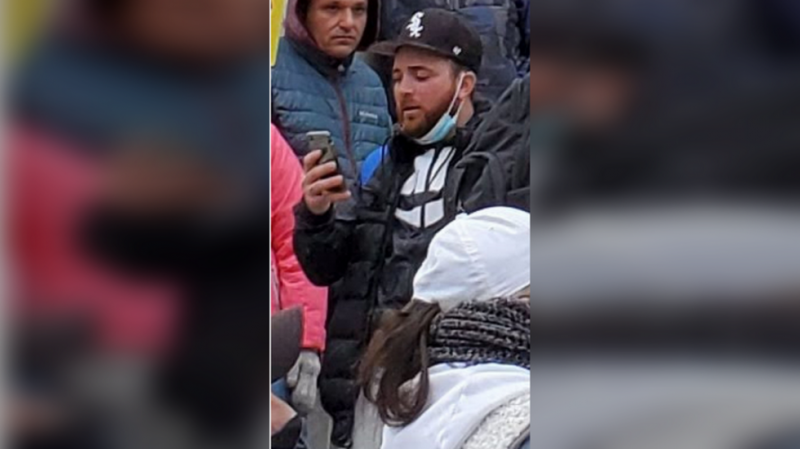 According to court documents filed last week and reported on Thursday, Richard Michetti of Pennsylvania took part in the pro-Trump rally on Capitol Hill last month. Seen holding a cellphone in surveillance footage, Michetti was identified by his ex-girlfriend, whom he was texting in the middle of the riot.

“It’s going down here we stormed the building they held us back with spray and teargas and paintballs,” he told his former lover, as crowds of Trump supporters first clashed with police officers outside the Capitol. Later, after the crowd forced its way inside, Michetti’s situation updates gave way to frustration.

“If you can’t see the election was stolen you’re a moron,” he complained. “We are patriots we are not revolutionaries…When the left banged on the doors of congress when they [confirmed Supreme Court Justice] Brett Kavanaugh no one got touched not one of them [but] we were outside and they were shooting tear gas and pepper spray.”

Unlike the events of January 6, which have been dubbed an “insurrection” by the mainstream media, the storming of Congress by feminist and left-wing protesters during Kavanaugh’s confirmation hearing in 2018 went largely uncriticized, and the participants were hit with only minor charges.

“All’s we wanted was an investigation, that’s it,” he continued. “And they couldn’t investigate the biggest presidential race in history…this is tyranny.”

Michetti’s ex-partner had evidently heard enough, and turned over the text messages to the FBI. Michetti was charged with knowingly entering a restricted building, violent entry and disorderly conduct on Capitol grounds, and obstruction of Congress. He was arraigned in court in Philadelphia on Tuesday and faces up to 20 years in prison if convicted.

Out of more than 200 cases brought against the Capitol rioters, Michetti’s was not the only one that began with a tip-off from someone close. A Texas teenager turned his rioting father in to the FBI last month and crowdfunded his college tuition from sympathetic liberals in the process, while two teenage girls were praised by the media for reporting their parents and relatives earlier that month.

Michetti and his fellow rioters were by and large a desperate bunch. Aside from their anger at the perceived failings of the political system, a majority had a history of financial trouble, including unpaid tax bills, foreclosure, bankruptcy and debt, according to analysis by the Washington Post. Nevertheless, liberal commenters online cheered Michetti’s arrest, and celebrated his ex helping to put “Another Trump voter behind bars!”