Home / WORLD / If you can’t beat them, join them? JP Morgan to create BITCOIN FUND after caving to clients’ crypto-lusts

If you can’t beat them, join them? JP Morgan to create BITCOIN FUND after caving to clients’ crypto-lusts 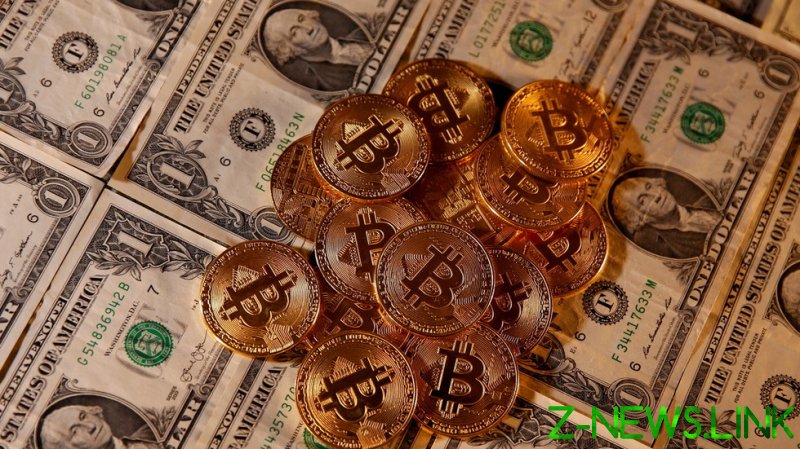 Partnering with institutional investor NYDIG, the JP Morgan fund will be actively managed – making it a standout alongside Galaxy Digital, Grayscale, and other “passively managed funds.”

However, JP Morgan isn’t a complete stranger to bitcoin and its ilk, as much as its CEO Jamie Dimon might trash-talk them in public. The bank hopes to allow institutions and high net-worth individuals to buy exposure to bitcoin without actually acquiring it, similar to how the aforementioned companies do business. It also offered high-roller clients an opportunity to invest in “structured notes” based on the performance of “bitcoin-proxy stocks” such as Riot Blockchain and Microstrategy.

Dimon has famously disdained bitcoin and other cryptos for years, warning back in 2017 that anyone who traded bitcoin under his watch would be “fired in a second” and even publicly chiding his daughter for purchasing some of the digital currency.

“If you’re stupid enough to buy it, you’ll pay the price for it one day,” Dimon said, even as his bank was caught with a chunk of exchange-traded notes linked to bitcoin.

And the bank filed a whopping 175 times for a “bitcoin alternative” patent in the US alone – despite having its application turned down every time. Nor can it have been good for Dimon’s ego to watch at least two senior bankers leave the firm to pursue their own blockchain-related dreams.

JP Morgan’s choice of NYDIG over other crypto investment companies may have had something to do with the fact that NYDIG received a fat $100 million in growth capital earlier this month from Liberty Mutual Insurance, one of a growing list of of traditionally staid corporations that have been sinking their money into NYDIG (and bitcoin in general) recently.

In October, JP Morgan launched a blockchain and crypto division of its own, suggesting its issues with bitcoin weren’t so much the existence of an online currency itself but a lack of government (and superbank) control over that online currency.

However, over the first four months of 2021, bitcoin values have soared up to 80%, buoyed by the confidence-building of the insanely wealthy. Tesla, for example, not only announced recently that it will begin accepting the currency as payment for the electric vehicles, but bought a huge slice of the currency – $1.5 billion, according to CEO Elon Musk’s filing with the Securities and Exchange Commission.