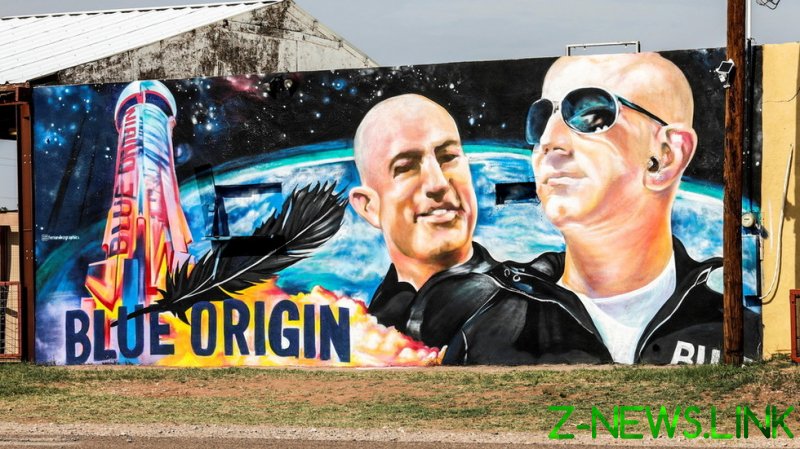 Blue Origin filed its suit with the US Court of Federal Claims under a protective order on Monday The company’s lawyers describe it as a challenge to NASA’s “unlawful and improper evaluation of proposals submitted” under the Project Artemis call for submissions.

Blue Origin’s initial $5.9 billion lunar landing system proposal was jettisoned in April in favor of SpaceX’s $2.9 billion Starship, after NASA’s funding from the US Congress came up short. While both Blue Origin and defense contractor Dynetics complained to the US Government Accountability Office that NASA had promised contracts for two companies, the agency pushed back, arguing Congress had not allotted enough money for both contracts. The single contract will, however, include two lunar landings – one unmanned test flight and one with a human crew.

NASA should have canceled or at least changed the terms of the program upon learning Congress lacked the necessary funds to bankroll two contracts, Blue Origin insisted in April, charging NASA “unfairly negotiated” the terms of SpaceX’s contract without offering Blue Origin and Dynetics the same options. While the GAO sided with NASA in that case, the litigation prevented SpaceX from beginning work on the already-delayed Project Artemis for over three months.

Blue Origin plans to seek an order halting SpaceX’s work on the contract once more with this latest federal claims filing, according to an anonymous source familiar with the litigation cited by the Verge. If they are successful, the move could put Project Artemis on ice even longer.

Back in July, Bezos even offered to “discount” Blue Origin’s $6 billion Blue Moon lunar lander by $2 billion, promising to permanently waive that sum in contract payments for two years – making NASA the proverbial ‘offer they couldn’t refuse.’ Bezos claimed that this would “get the program back on track,” referring to the 2024 target set by Project Artemis for the moon landing.

The court challenge could push the troubled program further into the future, even as it already looks set to encounter delays. While NASA hasn’t made clear whether it is still aiming to meet all of its mission deadlines in light of the three-month delay earlier this year, the agency announced last month that the first two Artemis missions were still “on track.” Following the uncrewed initial mission, astronauts will travel around the Moon and back on the Orion capsule; the third mission – assuming SpaceX keeps its contract – will send astronauts down to the Moon’s surface.