Home / WORLD / If we erase every part of our history that’s deemed problematic by today’s ethical standards, what will be left?

If we erase every part of our history that’s deemed problematic by today’s ethical standards, what will be left? 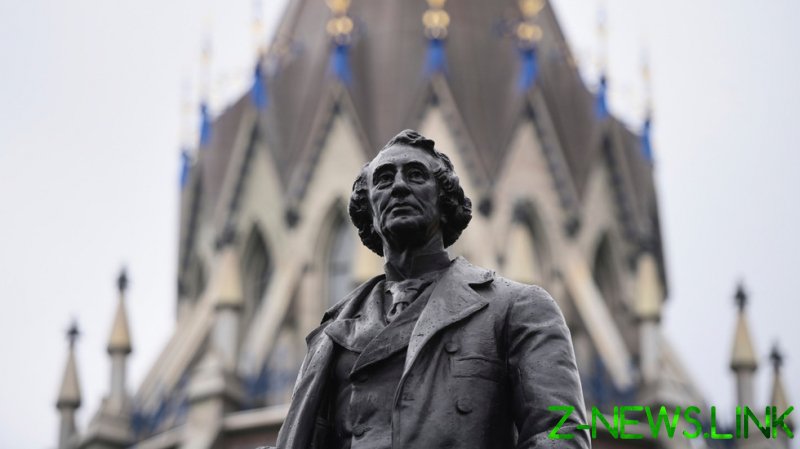 Sir John A. Macdonald served as Canada’s first Prime Minister from 1867-1873 and again from 1878-1891. He was born in Scotland, moved to Canada with his family as a child, and was a lawyer by trade. And while experts consistently rank Macdonald as one of the country’s most effective leaders, like any historical figure, he was not without his controversies.

In 1873, Macdonald resigned from office when it was discovered that his party had taken bribes from companies hoping to secure contracts to build the Canadian Pacific Railway, though he would eventually be re-elected just five years later.

More scandalously, however, especially from a modern lens, Macdonald was also involved in some of Canada’s most racially discriminatory policies. Under his government, the Chinese head tax was passed, which charged Chinese people a fee to enter the country, with the aim of discouraging immigration.

When it comes to Canada’s indigenous population, Macdonald’s record is even more suspect. He reportedly called First Nations individuals “savages” in Parliament, was part of an effort to deprive indigenous groups of food to force them to work and live on reserves, and also helped to establish Canada’s residential schools.

Under the residential school system, indigenous children were forcibly removed from their homes and sent to boarding schools largely run by the Catholic Church. There, they would be banned from speaking their native languages and obliged to conform to colonial customs and culture. Approximately 150,000 children were placed in these schools, with thousands never returning home. Recently, hundreds of bodies have been found in unmarked graves at sites of former residential schools across Canada.

Due to Macdonald’s prominent role in Canada’s formative years, many institutions throughout the nation bear his name, and statues of him are a common sight. But as activists have become increasingly skeptical of Canada’s past, many have begun to question why so many monuments pay tribute to an arguable racist.

Within the past few years, Macdonald’s grave has been vandalized, statues of him have been defaced and even toppled, and at least one Ontario school board has removed his name from their school. And now, Canada’s national archive has taken an even bolder step to chip away at Macdonald’s legacy by removing information on him that offends modern sensibilities.

The Library and Archives Canada (LAC) site has a notice which reads:

Our current website contains information that was written many years ago. Unfortunately, it does not always reflect our diverse and multicultural country, often presenting only one side of Canada’s history. LAC acknowledges that some of its online presence is offensive and continues to correct these issues.

This is why content that is redundant or outdated will be removed or rewritten. An “archived” notice will be placed on pages with older content that is still useful but will not be updated. In some cases, content may be removed from these pages.

LAC is committed to providing access to Canada’s documentary heritage both in person and online through Collection Search. Access to published and archival material through our Collection Search remains a priority.

Those who ignore history…

Canada’s past contains dark events, as any nation’s does. And although Canadians are right to want to end any remnants of state-sanctioned violence or prejudice, this does not need to come at the expense of Canada’s national identity or history. It may be clear now that policies prejudiced against specific racial groups are immoral, but it’s also true that when judging historical figures by 21st century ethical standards, almost all will fall short.

Sir John A. Macdonald was not a perfect man by any means, but his moral failings do not justify removing any and all references to Canada’s first Prime Minister from the public square.

Does this mean that his actions should be excused? No, but it is important to contextualize them. Racism, sexism, and all manner of bigotry were common in the 1800s, and sadly in some areas of the world, remain that way to this day.

If we begin erasing any part of Canada’s history that can be considered problematic by today’s standard, what will be left?