Home / WORLD / If Ukraine launches a full-scale war in Donbass, Russia will be forced to defend its citizens, says Putin’s deputy chief-of-staff

If Ukraine launches a full-scale war in Donbass, Russia will be forced to defend its citizens, says Putin’s deputy chief-of-staff 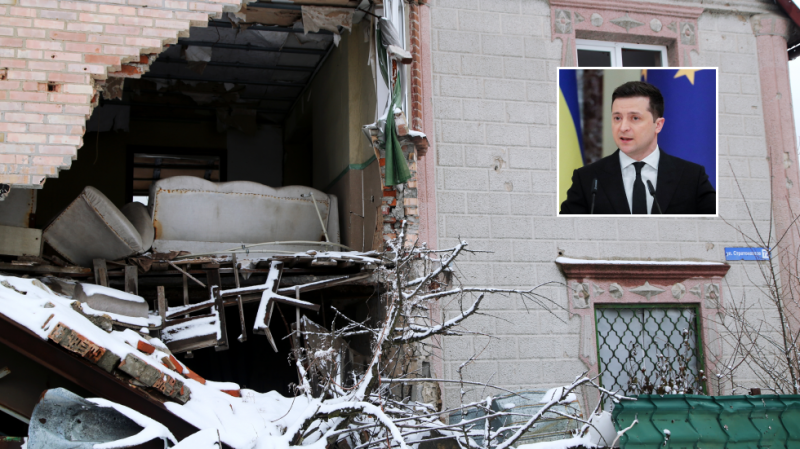 Speaking on Thursday, Kozak claimed that a ramping-up of the conflict would lead to the end of Ukraine, with the Kremlin forced to stand up for its citizens living in the territory of Donbass. In recent years, Moscow has made it much simpler for those living in Ukraine to get a Russian passport, and many have taken up the offer.

“Everything depends on what the scale of fighting will be. If there is, as the president says, a Srebrenica, we will be forced to stand up for ourselves,” he said, referring to Putin’s comment in 2019 that he fears a genocide in Donetsk and Lugansk, if Kiev regains control of Donbass. The Srebrenica massacre, which took place in 1995, was Europe’s worst atrocity since the end of World War II, and led to the death of more than 8,000 Bosnian Muslims.

The Donbass, made up of the Donetsk and Lugansk Oblasts, is located in the east of Ukraine, next to the border with Russia. It has been the location of a civil war since 2014, with separatists now controlling large swathes of territory. Despite Moscow not recognizing the legitimacy of the breakaway Donetsk and Lugansk People’s Republics, Kiev accuses the Kremlin of supporting them.

In recent days, videos shared on social media have shown a build-up of troops and military equipment on all borders of Donbass, causing an increase in fears that war may be around the corner. Both Ukraine and the self-proclaimed republics accuse each other of intensifying shelling.

“I support those assessments that exist within Ukraine that the start of hostilities is the beginning of the end for the country. This is a self-inflicted shot, a shot not in the leg, but in the temple,” Kozak said, noting that Kiev has refused to come to the table to negotiate peace.

On Thursday morning, it was revealed by the office of Ukrainian President Volodymyr Zelensky that he is currently in the Donbass region, visiting troops on the front line, “where a comprehensive and sustainable ceasefire has been systematically violated.”

According to Kozak, the visit by Zelensky is unlikely to lead to an escalation, but the Ukrainian leader is “playing with fire.”

On Thursday afternoon, Putin told German Chancellor Angela Merkel that Kiev had been purposely exacerbating the situation on the contact line. The Russian leader also said that Ukraine should stick to the peace agreement reached in 2015, and move towards implementing a special status for Donbass.