Home / economy / If trump will bring down the dollar, the ruble is waiting for the collapse

If trump will bring down the dollar, the ruble is waiting for the collapse

The US President Donald trump said that the dollar is too high, and this prevents local exporters. According to trump, China and the EU artificially lower their currencies, giving them an advantage over American manufacturers. That’s why the President called on the fed to change policy and to weaken the dollar.

“The Euro and other currencies devalued relative to the dollar, that puts US at a disadvantage. The fed rate is too high, it still added a ridiculous quantitative tightening,” wrote trump in his Twitter, referring to the reduction of the fed’s balance sheet, in which the us Central Bank two years clutching the weight of the dollar and withdrew from the system 550 billion.

This is not the first attack trump on the fed — for the last year he managed to call the controller manual “madmen” and “pests”. In December, he even talked about the dismissal of the head of the fed Jerome Powell, who himself was appointed less than a year ago.

Last year the trade deficit the United States has reached a whopping 621 billion., and thanks to the cheaper dollar, the figure could be somewhat reduced. Now the dollar index DXY, who grew up in 2018, began to decline and is at the lowest marks for the last two months.

In addition, representatives of the fed in recent speeches have hinted that can go to lower interest rates before the end of this year, which could also lead to the weakening of the dollar.

However, even if this happens, the European Central Bank, which is pursuing a conservative policy, can also take new steps to weaken the Euro, which will play in favor of the strengthening of the dollar.

Previously, a number of economists have suggested that to trade wars that now engulfed the global economy, can be added and foreign exchange. For example, China began to actively devalue the yuan in the last year that really did not like Washington and became one of the reasons for the deterioration of relations.

The ECB is rumored to be also ready to spend the same monetary actions, although rates in the Eurozone are mostly in negative territory. It can even resume buying assets, then there is again start the printing press at full capacity.

“In fact, we observed japanisation Europe”, — said the chief market economist of Mizuho Financial Group Daisuke Karakama. At the time, Japan’s Central Bank fall into the trap of zero rates and printed packageline yen in an attempt to speed up inflation and economic growth. Now something similar may be expected for Europe.

Of course, the Russians, the interesting thing is, as these currency wars will affect the exchange rate. Theoretically, if all the major players will begin to weaken its currency, the ruble, as a highly profitable asset that can be strengthened.

The problem is that the Russian authorities a strong currency is not necessary. The low rate is a kind of airbag in the case of all economic shocks from sanctions to falling oil prices, because the less “wooden”, the higher the income in rubles from exports, particularly hydrocarbons.

Why wait for the ruble up to 50-55 not worth it. Even if the dollar will fall, the ruble is likely to follow.

— The vast majority of American presidents have not spoken about a national currency, or the fed’s policy, for them it is a kind of taboo, says analyst group of companies “Finam” Sergey Drozdov. But Donald trump — a man odious, and therefore requires that the regulator lowered the interest rate and continues to pressure him. The heads of the fed at the last meeting has already hinted that the key interest rate will probably be reduced.

But we should see a strong decline in the American stock market indicators by analogy with the December 2018. Now between the US and Europe will go to fight for the weakening of their currencies. The ECB also announced that it may reduce key interest rate, despite the fact that it is already negative and 40 basis points below zero.

“SP”: — How the decline of the dollar will affect the ruble?

— If the dollar will decline in global markets, in my opinion, is not much impact on the exchange rate, because we have our own policy and their currency strategy. Strong ruble our state does not need. And Maxim Oreshkin, and Anton Siluanov spoke about this in the last year.

“SP”: — what exactly is meant by a strong ruble?

— Strong ruble, in their opinion, it is 50-55 per dollar. They argue that such a course will harm the Russian economy. In my opinion, this economy won’t hurt. On the contrary, it would raise the welfare of citizens, would stimulate domestic demand and the company in the domestic market.

But the government does not want to work. They benefit from the current scheme to sit on the oil needle and to solve all the problems due to the weakening of the ruble. Exporters and the oil and gas lobby are also in favor of this development, and they have strong enough.

“SP”: — How can be reduced the exchange rate?

— First, it is a fiscal rule whereby all oil revenues in excess of $ 40 per barrel sent to the NWF. Secondly, although the authorities deny that the ruble is controlled, we see that when he comes to strengthen, as it was at the end of April, when our currency is on a good external economic conditions rose to 64,40, to grow stronger, she just do not give.

The Russian currency is always traded certain corridors. Moreover, there is a certain lower limit, for example, 63 rubles per dollar, but the upper limit for the attenuation is absent.

When we first introduced serious penalties, the government adjusted the budget, devalue the ruble. Four years to this scheme are all accustomed to, it allows nothing really to do. The authorities are unlikely to be abandoned in the foreseeable future. The only problem is that the need to maintain inflation at a low level, but it is our regulator failing.

Analyst “Discovery Broker” Andrei Kochetkov believes that the artificial undervaluation of the ruble will lead to a further decline in welfare.

— Recently in the global financial tectonic plates are shifting. The dollar gradually loses its status as the only reserve currency in the world. Part of the reserves of the Central banks of different countries is already stored in euros, yuan. Unconditional the dollar’s role fades into the background, so the US can not maintain your payments deficit through the export of capital. They need to fix something in trade. So we are seeing now is a trade war, in particular, with the main US competitor — China.

In a trade war always used a tool like the exchange rate of the national currency. The most striking example is Japan, which since the 90-ies and still uses foreign exchange intervention. The US government too, all the time insist on devaluation of the dollar.

But the fed is independent and not obliged to listen to the orders of Congress or the President. The fed has two main tasks — to ensure proper inflation and employment. For this they conduct a certain policy in the field of rates and quantitative easing.

Trump may be as much as to say that the weakening dollar is necessary. But the dollar is not determined by his statements, and supply and demand of dollar in the global market. Today the yield on the dollar is not as brilliant as six months ago, but even at two percent it is higher than in the Euro, yen, and pounds, and that’s the main centers of emission of money in the world. There is a demand for the dollar, there is demand for US government bonds, so the dollar looks so strong.

“SP”: — so now the fed will not radically reduce the dollar?

— In order to reduce the dollar, we need some serious solutions. For example, to drop the interest rate. But then the fed will start to struggle with inflation in the us economy. The inflation target of 2-2. 5%, and now it is about at this level. If the interest rate is greatly reduced, there is a danger of acceleration of price growth. What is hyperinflation in America we have observed, for example, in 70-e years when she was about 13% per year, even worse than in Russia.

Another option is if the fed will announce quantitative easing, roughly speaking, will print the dollars. Then the fed will have the money to buy bonds, rates will begin to decline, the cost of credit will fall. But it will also lead to inflation and another financial crisis.

Just omit the dollar — quite a challenge, and mere words won’t suffice. Should be developed a specific policy in conjunction with the fed. But it may be regarded as not a very good measure. The dollar is the reserve currency. If there is a threat of devaluation, it could further lose its status in the world, and it will be very difficult.

“SP”: — How the decline of the dollar will affect the ruble?

— The ruble relates to risky assets, though profitable. This allows the ruble to enjoy the moments when comes the weakness of the dollar. The world’s Central banks are responsible for currency funding. If the yield on the dollar declines, the capital begins to look for assets that can generate more profit. The ruble, which yields a brightly positive, unlike the yen or the Euro, will arouse the interest of global capital due to the fact that the bond market offers a yield of 7-7,5%.

“SP”: — But a high exchange rate is not favorable to the government. Whether it will be artificially underestimated?

— A tool to manipulate the course can be useful on some historical stages. But if you resort to it constantly, it means that the financial authorities will inflict damage according to the income of the population. The weakening of the ruble leads to a cheapening of Russian goods exports and higher imports. And this leads to a reduction in the consumption of not only imported but also domestic goods, because the population is getting less money.

Even a minimal part of the import is present in any product and the product — either as equipment, or orientation to the world prices. If the world market wheat is worth a certain amount, Russia is unlikely producers will want to sell it a lot cheaper on the domestic market. Such facts as selling food in installments in the stores “Crossroads”, saying that even the retail network are experiencing difficulties with the demand.

Best business and Economics work when the exchange rate is stable and predictable, because it allows you to plan a loan policy, and development strategy. 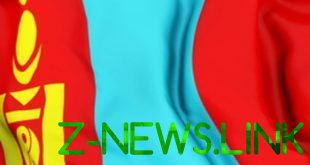