Home / WORLD / If Trudeau loses next week, I sincerely hope it marks the beginning of the end for wokeness

If Trudeau loses next week, I sincerely hope it marks the beginning of the end for wokeness 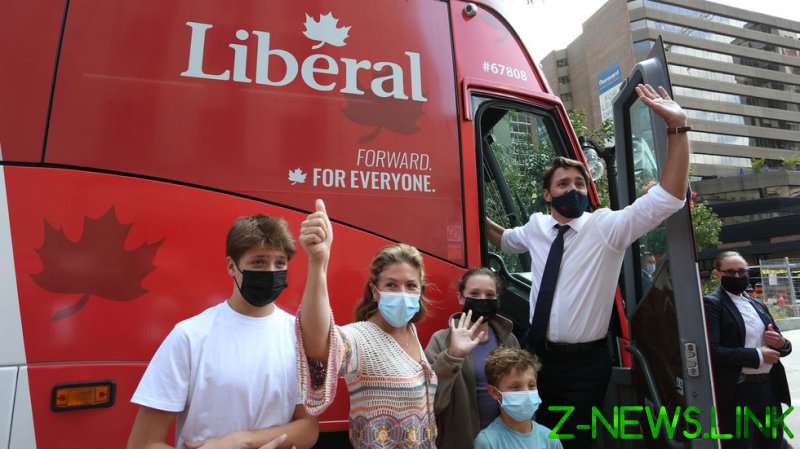 The funny thing is, Trudeau has brought his potential downfall on himself. He called the snap election last month, when he did not have to do so. Canadians were not due to go to the polls until 2023, but he thought that he could catch his opponents off guard and ride to victory.

However, polls show that Trudeau is nowhere near gaining the support he needs for an overall majority, and it is becoming clear that his gamble has failed. Trudeau has thrown his own career and his party into a needless tailspin, and it looks as if he could pay the ultimate political price.

I must say that I have to laugh, because with the possible exception of New Zealand’s PM, Jacinda Ardern, Trudeau must be the wokest leader on the planet. Indeed, I actually think that he revels in his own wokeness and enjoys being provocative.

I often hear wokeness being described as just having good manners and not wanting to offend people, and it might have started out that way. But as with everything, it always gets taken too far and ends up being used for more sinister purposes.

Woke is now being deployed by people like Trudeau to alter language, and in some cases, cancel people who have not signed up to the new ideology. But, in the end, it generally just gets on most people’s nerves.

And there can be no doubt that when it comes to world leaders, Trudeau is the commander-in-chief of woke. There are plenty of examples of his silly wokeness, and I’ll give you two examples that made me laugh.

In 2018, Trudeau told a woman not to refer to “mankind,” but instead to use “peoplekind,” because “it’s more inclusive.” He later claimed it was a joke, but the reality is that he got carried away with his own politically correct waffle. And earlier this year, Trudeau could not even bring himself to wish Canadians a happy Easter – no doubt afraid that any reference to the Christian holiday would offend non-Christians and non-believers. Instead he wished everyone a happy “long weekend,” to widespread derision.

Anyway, back to the election. Trudeau has been in power since 2015, and his popularity has been on the wane pretty much ever since. In 2019, his party lost its majority and he only hung on as PM after forming a minority government. Trudeau suffered a harrowing campaign back then, when it emerged that he had a penchant for ‘blackface’ at fancy dress parties.

But this time, it seems the wheels are well and truly coming off Trudeau’s campaign. Inflation is rising, just as it is in the United States, and vaccine mandates have become a ‘wedge issue’. Trudeau wants to impose draconian measures – like Joe Biden – which mandate all government workers, transport workers, and travellers on public transport to be vaccinated. His Conservative opponents favour a less restrictive approach, which includes regular testing for workers. The result of the election, which may be a close-run affair, could turn on whose approach voters prefer.

History does have a funny way of repeating itself. In May 2017, Theresa May called a general election in the UK because she thought she could not lose. She believed she had caught the other political parties unaware and unprepared.

I was the leader of UKIP at the time, and we certainly were not ready. But it blew up in her face, and she ended up losing her majority in the House of Commons. She had needlessly signed her own political death warrant, and Trudeau looks like he is doing the same.

The removal of Trudeau could signal the beginning of the fightback against the woke agenda. It could be the moment when the silent majority, who have been browbeaten by the noisy minority, finally say that enough is enough.

Every political movement or idea has its time, and eventually its shelf-life runs out of date. Let’s all hope that a defeat for Trudeau could be the beginning of the end of woke and cancel culture, and we can get back to a society based on good old common sense and decency.