Home / WORLD / If the world wants a WHO that functions properly, America has to stop scapegoating it

If the world wants a WHO that functions properly, America has to stop scapegoating it 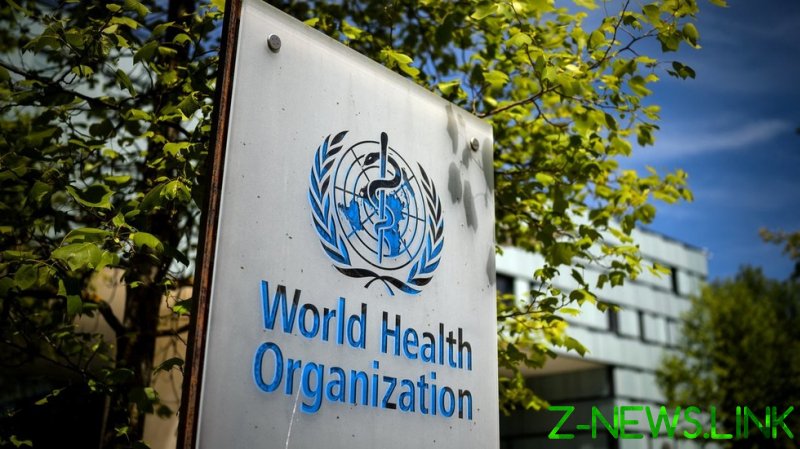 A year and a half ago, as the Covid-19 pandemic began to spiral out of control across the world, the political narrative was set out very firmly by the United States: that Chinese political influence and pressure had subjugated the World Health Organization (WHO) and left it unable to fulfil its functions.

Director General Dr Tedros Adhanom Ghebreyesus was routinely abused across social media as being little more than a puppet of China, and the fallout over Covid-19 set off a chain of events that would see Donald Trump first pull the plug on funding the WHO, before announcing America would quit the organization altogether.

While Joe Biden would immediately go on to reverse that decision on taking over as president, the US’ politicisation of the virus and the WHO has simply continued, with the theatrics of the Wuhan lab-leak conspiracy theory and speculation about the origin of the virus gaining new life – first, as a domestic conduit by Republicans in their ‘anti-science’ campaign against Dr. Anthony Fauci, and second, as part of the ongoing American hostility against China.

Amid the chaos, the findings of the WHO-led investigation in Wuhan into the origins of Covid-19 were quickly discredited because they didn’t fit the US narrative. Now, following relentless pressure from the US, the organization is singing a very different tune. Despite the WHO having frequently dismissed the lab-leak theory, Dr. Tedros last week suddenly called for a second probe – which he said should incorporate local virology institutes – and asked for Beijing to be more co-operative. China quickly rubbished the idea, with Deputy Health Minister Zeng Yixin describing it as “disrespect for common sense and arrogance toward science.”

For an organization originally lambasted for being too ‘pro-China,’ this is an extraordinary turnaround, but it is typical of the WHO’s inability to function coherently, and a symptom of it being infected and derailed by the broader geopolitical struggle being forced upon it by Washington.

Although the laboratory theory has never been taken seriously in credible bioscience circles, the WHO is now resorting to this political ‘hedging’ because its own institutional survival and interests are being upended by the anti-China crusade of the US. America’s constant attempts to proliferate the narrative of the pandemic being based not on benign and boring scientific facts but an almost romanticized science-fiction trope is geared towards placing maximum culpability on Beijing.

This arrangement has pretty much meant the US is not interested in a ‘good faith’ interpretation of events, with Biden under heavy domestic pressure from Republicans. The truth is that the origin of this pandemic – with its ever-evolving variants and asymptomatic spread – does not match the picture of moral and political absolutism it’s being depicted with.

But that’s not what is happening on the ground. Washington is now wielding coalition politics to scapegoat the WHO and demand a new investigation, making various statements – including at the recent G7 – demanding that it reforms, and, in all probability, leveraging funding on change. The result is that Dr. Tedros is trying to juggle this political to and fro, but he’s failing, and being caught in the crossfire.

Beijing is arguably not handling this situation well. Not only does it have few options, but it is also increasingly cornered by Washington in the battle for the narrative. China is dismissing the calls for further investigation because it sees itself as making a principled point by refusing to give legitimacy to what it considers is a politicized conspiracy theory being promoted by the US.

However, in shutting down the WHO’s claims for more investigations, it inevitably grants more ammunition to its critics – especially those in Washington – that China has something to hide from the world, thus prompting more calls for transparency.

Beijing will keep insisting that science ought to lead any further inquiries, and this is correct, particularly given Washington’s behaviour. However, the fundamental weakness here is that the ‘burden of proof’ continues to be placed on China, and it has not been able to change the conversation, even if we can identify that the US narrative is flawed. This means the American attacks will continue.

Rather than finding a practical solution to address this matter, China pointed the finger at the ‘Fort Detrick’ lab in Maryland in an attempt to hit back at Washington. But this is fanciful and not a serious counter-attack, and hasn’t stuck.

It also produced a coalition of 55 nations of its own to write to the WHO and support its own narrative of the pandemic. China was backed largely by conventional friends such as Russia, Pakistan, North Korea and Iran, but these nations do not have the financial leverage over the organization that America and its Western allies have.

Although Trump’s decision to quit the WHO a year ago made a mockery of the American position by isolating it and voiding it of credibility, Biden is effectively pursuing the same strategy of vilification, but in a more refined way, and with teeth, by getting nations to gang up against the WHO and China. What Beijing does next will be fascinating, because it’s become quite obvious that the US won’t take no for an answer.