Home / WORLD / If the pandemic has taught us anything, it is that science is the 1st victim in a political argument. Exhibit A: The Mask

If the pandemic has taught us anything, it is that science is the 1st victim in a political argument. Exhibit A: The Mask 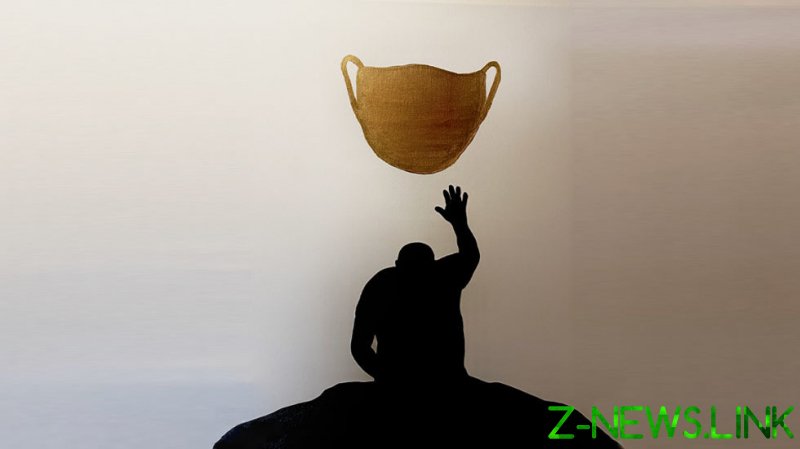 A few years ago, an academic and author named Harry G. Frankfurt wrote a book called ‘On Bulls**t’.  The title is self-explanatory, and the subject matter is as expected. Still, a repeating theme of the book is how quickly and easily people claim to be experts on a given topic by citing facts and figures they don’t understand, can’t properly quote, and apply incorrectly.

During the Covid-19 pandemic, the only entities more prevalent than the virus itself were the never-ending flood of people throwing around ‘half-facts’ and ‘maybe-numbers’ to support their view of the crisis and how to handle it. Everyone became a ‘scientist’ when they wanted to make a point on how silly health precautions were or how others weren’t taking the bug seriously enough. Very few of these ‘Dr. Bunson Honeydews for a day’ took the time to examine any scientific writings or data in the heat of their arguments.

Science should stand amongst the noblest of human pursuits. Our methods of exploring, testing, quantifying and mastering our world are based in the greatest of virtues – intelligence, curiosity, determination, courage and patience. True science is not a common, convenient pursuit. It can never be rushed, cheapened or shaped to any agenda except the structured execution of trial, error and confirmation. Science raises us above the beasts.

Unfortunately, in this Age of Narcissism where winning an argument at any costs is more important, easier and more seductive than presenting a reasoned, supported case with genuine evidence, science is beaten with a pipe, bound, gagged, chained to a basement radiator and left to starve by the ugliest of those same human pursuits – politics.

The great Samuel Johnson is rightly famed for saying, “Patriotism is the last refuge of the scoundrel.” If he’ll forgive me, I’d borrow the sentiment and insist, “Science is the first victim in a political argument.”

While coronavirus debates have escalated scientific abuse by polarized camps into an art form, the practice was already in fashion in disputes over everything from abortion to climate change. The rules were 1) Pick your side. 2) Pick what data supports your side. 3) Dismiss any facts that weaken your side.

In such cases, so much of this playing of the science card results from impatience and a burning desire to win a given political argument. “I want to be right. I want you to be wrong. I’ll find some form of quick, convenient scientific study or statistic to seize the high ground.”

Such tactics often allow for only the most cursory of research and rarely encourage full understanding of any scientific environment. By cherry picking the ‘right’ studies that support a point of view and ignoring opposing research, the cherry picker is just engaging in an exercise in persuasion, unavoidably steeped in an incomplete understanding or, worse, outright willful ignorance.

The gleaming symbol used by both the left and the right during Covid disagreements was a poor, helpless weave of cotton or paper attached to ear-irritating straps – the humble, yet ever-present mask. Rather than remain a medical implement with basic uses, it became everything from a symbol of responsibility and compassion to a scarlet letter of subservience. (Maybe a ‘white cotton letter’ was the better analogy, but Nathaniel Hawthorne never got Covid-19.)

Early in the pandemic, if you agreed to wear a mask in the hope of not contracting a respiratory illness, you were a dupe or a sheep. You may have thought you were choosing simply to exercise sensible precautions until more information came your way, but you were wrong. Unfortunately, there came along those people trying to wrap you in woolen epithets out of political motivations and not from any semblance of expertise on virology. In reality, the anti-mask crowd simply don’t like wearing face coverings or eating their broccoli, so they have to pretend they’re Thomas Payne and wave a ‘don’t tread on me’ flag to hide their childish tantrums.

Their clan chieftain was Donald Trump, as he would’ve walked through the culture lab at the CDC HQ without a mask, licking every Petri dish, if it scored points with the most stubborn, conservative chest puffers making up his base… All in the name of free ‘science’.

Alternatively, if you are a vaccinated, otherwise healthy human being who insists on wearing a mask while out for a walk on a bright, sunny day as a fresh breeze shakes the darling buds of May, you didn’t don the face covering for any other purpose but political advertising and virtue signaling. You lavish your support on the progressive nanny state that loves to control and be controlled, and you want the whole world to marvel at your compassion.

Your guru is Joe Biden. Though also fully vaccinated and now unable to transmit the virus or succumb to infection, there he stood for a Rose Garden press conference – looking ridiculous in a mask larger than his home state of Delaware and standing 206 yards from the nearest reporter… All in the name of responsible ‘science’.

An actual scientist would stand between those two extreme political camps and try to explain the follies of both positions. Of course, that very same scientist would immediately become either a co-conspirator in on the phony virus con or a Covid denier who wants your nana to die with her lungs full of blood.

The result of this steamrolling of any genuine scientific method during Covid-19 was that a virus proven to be serious but manageable became framed as either A) a conspiracy-garnished hoax or B) a cocktail of Ebola, AIDS and a demon the size of 0.01 microns. It all depends on how you vote.

We’re left to wonder where we might be as a post-pandemic society if science had somehow escaped from politics’ basement to guide the viral agenda without the left or the right claiming ownership of convenient, though dubious facts and figures.

How many people might still be alive if conservative leaders had admitted the seriousness of Covid-19 sooner and instituted stronger temporary restrictions? How many businesses would’ve survived and how many livelihoods would’ve remained intact if progressive authorities wouldn’t have blended panic with faux-compassion and shuttered every aspect of daily life?

We’ll never know. Worse still, it will all happen again over some other upcoming crisis. Meanwhile, actual dedicated scientists will be over there working quietly in their labs to better understand the world around us – while the politicos endlessly look for ways to bulls**t their opponents into submission.