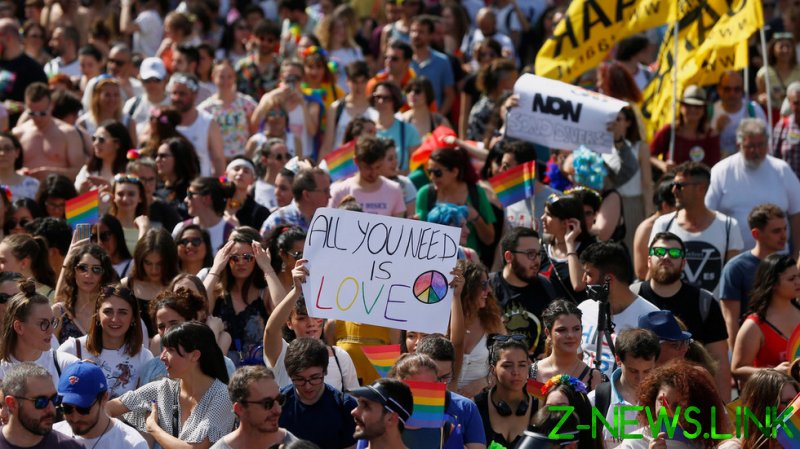 The Italian Senate has rejected a bill that would have amended the country’s penal code to ban discrimination on the grounds of sex, sexual orientation, gender, gender identity and disability.

The bill, which would have made anti-LGBT violence and misogyny a hate crime, was rejected by 154 to 131 votes. The new law, named the ‘Zan bill’ after the gay centre-left Democratic Party legislator Alessandro Zan, was passed by the lower house last year. However, it had been a rocky two-year affair, with the Vatican, among others, claiming that the bill was an attack on freedom of speech.

Opposition to the Zan bill was led by Matteo Salvini’s Lega, and the Brothers of Italy party, which is led by Giorgia Meloni, who also argued that the new law would have suppressed freedom of speech and promoted “homosexual propaganda” in schools.

This now places the ball firmly in the European Union’s court, as Brussels has made LGBT rights a pillar of its ideology in recent years. Indeed, if the EU fails to act to sanction Italy, then it will expose how it treats Central and Eastern European countries differently to Western member states.

Take, for example, the situation in Hungary, where a law banning the promotion of LGBT issues in schools was met with scorn by Brussels. When this bill became law back in June, the president of the European Commission, Ursula von der Leyen, said that “this Hungarian bill is a shame” as it “clearly discriminates against people based on their sexual orientation. It goes against the fundamental values of the European Union: human dignity, equality, and respect for human rights.”

She also warned that “I will use all the powers of the commission to ensure that the rights of all EU citizens are guaranteed. Whoever they are and wherever they live within the European Union.”

In addition to the warnings doled out by the European Commission, the European Parliament also expressed its anger at Hungary and Prime Minister Viktor Orban. For example, in July MEPs passed a resolution calling for Covid recovery fund monies promised to Budapest to be withheld.

But it is not just Hungary that has felt the ire of Brussels when it comes to LGBT issues; Poland, too, has recently come under fire. Last year, five Polish regions – equating to around one-third of the country – passed resolutions declaring themselves LGBT-free zones.

The European Commission was furious, and last month it issued a similar threat to that given to Hungary, stating that it was prepared to withhold Covid recovery funds if the regions did not overturn the resolutions.

The threats seem to have worked in the Polish case, as three of the five councils recently repealed their LGBT-free zone resolutions.  However, the EU’s posturing does not seem to be having the same effect on Hungary, where Orban has declared that he is calling a referendum on his country’s controversial LGBT law.

The question now is, how will the EU react to what happened in the Italian Senate? If all things were equal, then threats to withhold much-needed post-Covid cash would be in the post to Rome. I don’t agree with the EU interfering in a sovereign state’s affairs – but it makes the rules of the club, and if you want the cash then you have to play its game.

However, if Brussels doesn’t react in a similar way to how it did to Hungary and Poland, it reinforces the belief that the rules are not applied evenly in the EU. Indeed, it seems to be one rule for Western European member states and another for the Central and Eastern European countries, especially those that have governments which the EU does not approve of.

This issue was raised last week by Zbigniew Ziobro, Poland’s justice minister, who threatened to take Germany to court for violating EU treaties. Ziobro argues that whereas Poland is being punished for its government’s role in selecting judges, Germany, which does the same, is free from sanction. All things do not seem equal.

How Brussels responds to what has happened in Rome will be revealing. If the EU treats Italy differently than Hungary and Poland, then it will be more proof that Brussels increasingly resembles George Orwell’s ‘Animal Farm’, where it is “four legs good, two legs better.”

However, if Brussels responds with an iron fist and issues financial penalties, then expect Italy’s right to rise further in the polls and Euroscepticism to grow. In many ways, the EU faces a choice between principle and pragmatism, but it must be aware that both roads are strewn with potholes.