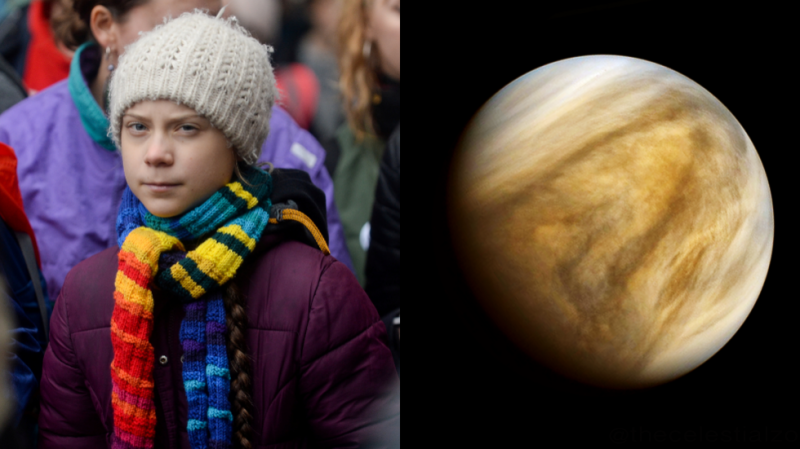 “We can learn a lot about climate change from Venus, our sister planet,” read an article on the World Economic Forum’s website this week. According to the post, new scientific modelling has revealed that for much of its history, Venus had surface temperatures similar to present-day Earth, complete with oceans, rain, and even snow.

That all changed when continuous volcanic eruptions spewed enough carbon dioxide into the atmosphere to make the planet the scorching, uninhabitable wasteland it is today.

Massive volcanic eruptions, which occur here on Earth every 20-30 million years, could do the same to our planet, the WEF article warned, permanently altering our planet the way fossil fuel consumption never could.

Such predictions are apocalyptic, and to legions of online commenters, undermined the WEF’s argument that humanity needs to urgently move to a zero-carbon economy to survive global warming – all part of the post-coronavirus ‘Great Reset’ envisioned by the organization and its supporters in politics.

While cataclysmic volcanic eruptions could possibly undo any carbon tax, vehicle ban, or ‘Green New Deal’ passed here on Earth, the WEF’s article did not discount the effects of man-made climate change. It simply didn’t mention it.

Should that happen, the WEF already has its eyes on the moon, and predicts a “gold rush” in the coming decades, as companies and governments set out to strip the barren space-rock of its precious thorium, uranium, and helium.