‘If ONE American is killed, I’ll hold YOU responsible’: Trump’s ‘friendly health advice’ to Iran amid Iraq embassy closure rumors 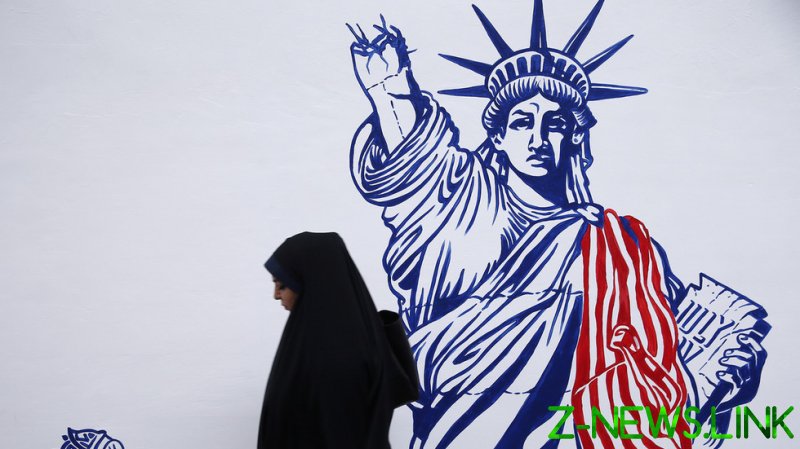 Tweeting out a photo of what he said were three rockets that failed to launch during Sunday’s attack on the embassy, Trump said they came from Iran and that there was “chatter” about additional attacks against Americans in Iraq.

“Some friendly health advice to Iran: If one American is killed, I will hold Iran responsible. Think it over,” he added.

Trump’s warning echoes the exact language used a year ago, when Washington blamed a Shia militia in Iraq – described as a proxy of Tehran – for killing a US contractor during a rocket attack. Airstrikes against the militia triggered a siege of the US embassy in Baghdad, but the real escalation came on January 3, when a US drone strike assassinated several militia leaders along with General Qassem Soleimani, commander of the Quds Force of Iran’s Islamic Revolutionary Guard Corps (IRGC).

The day after Soleimani’s funeral, Iran responded with dozens of missiles targeting Iraqi bases that hosted US military personnel. However, Tehran reportedly gave two hours’ notice to the government in Baghdad, as well as warned the US military commanders prior to the strike, giving everyone time to reach hardened shelters.

While the US later said the attack was “intended to kill,” the missile salvos caused no casualties. Eventually, the Pentagon said that 110 US service members suffered “traumatic brain injuries” from the shelling, meaning concussions ranging from mild to medium. In May 2020, 29 of them received medals for being wounded in combat.

Washington has been saber-rattling at Tehran for a month now, first sending nuclear-capable B-52 bombers to the region in November then announcing this week that an atomic-powered submarine carrying either cruise missiles or special forces operatives had sailed into the Persian Gulf.

Eight rockets were fired at the ‘Green Zone’ complex in Baghdad, where the heavily fortified US embassy is located, on Sunday. One Iraqi civilian was killed. US Secretary of State Mike Pompeo blamed “Iran-backed militias” for the attack.

The current Quds Force commander, General Ismail Qaani, visited Baghdad on Tuesday and met with Iraqi Prime Minister Mustafa Al-Kadhimi. According to the Axios correspondent in Israel, Qaani denied that Iran or Shia militias had “any role” in the latest attacks on the US embassy.

Both Axios and Reuters reported that the “principals committee” including Pompeo, acting Defense Secretary Chris Miller and National Security Advisor Robert O’Brien met at the White House to present Trump with options in response to the attack. One of the possibilities is to close down the embassy, Axios reported citing anonymous sources “familiar with the discussions.”

READ MORE: US to draw down staff from Baghdad embassy amid ‘security concerns’ as anniversary of Soleimani assassination draws near – reports

Reuters cited an anonymous official saying only that all options were “designed to be non-escalatory and to deter further attack.”

Earlier this month, US mainstream media reported there would be a “slight” and “temporary” withdrawal of staff from the embassy as part of a “de-risking” operation ahead of the Soleimani anniversary. This was also based on anonymous sources, as the State Department declined to confirm or deny the rumor. Foggy Bottom only said that Ambassador Matthew Tueller remains in Iraq and the embassy would continue to operate.