Home / WORLD / If lying to get yourself laid is made a crime, no one will ever want to have sex again

If lying to get yourself laid is made a crime, no one will ever want to have sex again 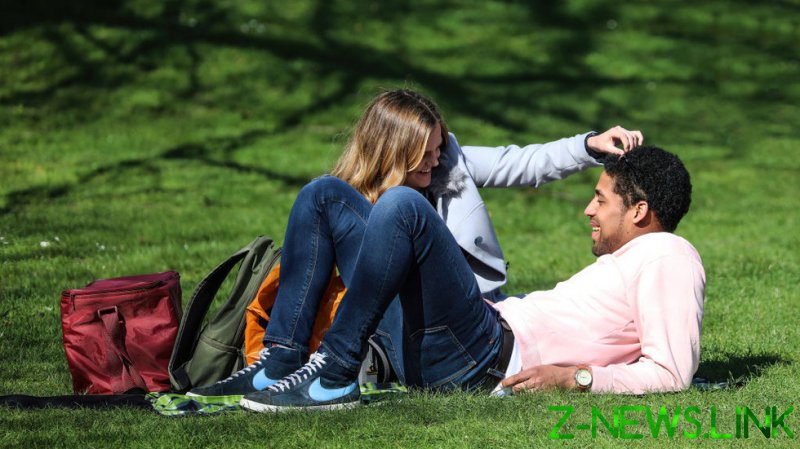 If you want to have sex with someone new these days, you’d better draw yourself up a contract… or you could end up in jail.

You know how it goes. Male or female, you’re doing super well with someone you want to go to bed with, you feel sexy and fascinating standing there at the bar with that glass in your hand. The conversation is flowing back and forth with ease. There’s lots of sparkly eye contact, smiles and laughter, the touching of hair. All of that.

Then, the moment finally arrives, and your potential partner says, “Your place or mine?”

Awesome! We’re gonna have sex. You smile, and reply, “Can we just get something out of the way, first?”

Then, instead of reaching into your wallet or handbag to check if you’ve got your condoms and Viagra, your lipstick to freshen up in the bathroom before you leave – or maybe all three – you reach in and pull out a pen and a consent form.

“Can you just read and sign this in triplicate before we leave a public space?”

Now at this point, he or she may well storm off in a huff because they hadn’t actually 100% decided on anything physical at all. They wanted to let the flow take you both where it may, as nature intended.

Or maybe they will smile, and pull out their own form, and then you can share the pen in a romantic ‘declaration of sexual intent’ ceremony. You can both tick the boxes for the activities and proclivities you like best, then have fun ticking them off for real later on the kitchen table. A quick tequila shot as a toast to future fun times, and then off you go to grab a taxi.

But don’t forget to leave a copy with the bar staff, just in case.

All a bit of a passion killer, no? Surely, if you’re trying to pull, you don’t want your lawyer sitting at the bar alongside you.

In a well-meaning yet exceptionally dim move by lawmakers in New York, getting a partner to drop their knickers or Y-fronts through ‘deception,’ ‘concealment’ or ‘artifice’ would be a crime.

Saying, for example, that you want a relationship when you just want quick and easy sex, or saying you’re single when you have a partner, or saying you’re a millionaire – whatever, you get the picture – would be classed as ‘criminal sexual misconduct’. Even failing to share a vital piece of your personal jigsaw could be a crime of ‘concealment’ – for example, you’re Jewish or flunked out of school etc. The list is pretty much endless.

New laws and new crimes… there are always new laws that create new crimes. And what about transsexuals? There are squalls of legal winds blowing around the world right now designed to ensure trans people never have the true horror of having his or her feelings hurt. Ever again. So which law comes out on top here? Are you allowed to say, “Excuse me, I don’t mean to pry, but are you pre or post-op?”

Last month, a police commissioner in Australia proposed an app for people to give sexual consent. One has already been launched in Denmark. Okay. Fine. But at what precise point do you go and find your iPhone? What if, in the heat of the moment, you forget your password?

Yes, it’s true, some people behave really badly. And here are a few examples: I have a friend – look away now, ladies, because you’re gonna hate this guy –  and he had a brief holiday romance one summer in Malia, a party resort on Crete. Lots of alcohol and bodily fluids were exchanged between this modern-day Romeo and Juliet, and they had the obligatory tearful smooches goodbye at the airport.

They also exchanged addresses… and a week or so later, I started getting letters at my door from a woman who was, clearly, utterly besotted by me. She told me of all the wonderful things we did together and how fate had flown her to this Greek island to meet her perfect man.

Err? I’ve never been to Malia. My friend, you see, had spent those days with that girl masquerading as me. Because he had a girlfriend back home, and he quite liked the idea of keeping in touch with her. In their sexual trysts she had been calling out my name, not his.

Another work colleague, a while ago, had two mobile phones. There was one his wife could use and check at will to see if he was being faithful. And then he had his ‘f*ck phone’, the one he kept hidden. After a while, just like any self-respecting terrorist or Mafia don, he’d ‘burn’ these phones and his lovers never heard from him again. He thought he was a bit like James Bond. Personally, I thought he was a bit of a dick.

Both those guys were good looking, charming and successful with women – excessively so. Lying, you see, works. Plus – sorry girls – ‘charm’ is just a subtle form of deceit: he’s still trying to get into your pants, albeit slowly. Both of these dudes, though, were pretty damn obvious if you actually listened to the utter bollocks that fell from their mouths.

Another friend once told me that the best fake profession to get you laid was to be a veterinarian, because it meant you were bright, compassionate and probably quite wealthy. Three fake ticks in three big boxes.

Hey, come on, though. It’s not just the men behaving badly. Oh, no. I also have a very good female friend who is in her mid-40s, and she very much has a taste for men under 30. She is on Tinder and Bumble, and she grabs one of these not-so-bright boys every other weekend, when she doesn’t have her kids, and invites him back to her place for a bit of meaningless rough and tumble.

She knocks ten years from her age on those apps (and can get away with it), and is cryptic about where she works and so on. Because, well, she just wants to have sex without commitment and sometimes that’s frowned upon – especially when you’re female.

These are all true stories, if a little extreme.

However, isn’t putting on your best face and being on your best behaviour a form of deceit? Isn’t a perfectly shot photo from your best angle in perfect light with great makeup a perfect example of artifice? Almost certainly so under these proposed new laws, so put your hands out and get used to those handcuffs – and not for a kinky sex game. You’re on your way to court.

One night in a bar, I admit it… I told a lovely, hippy-ish young woman with a nose ring that I was a dolphin trainer, my assumption being that she’d get the joke, the cliche, the irony. She didn’t. She started lecturing me about cruelty to animals. Obviously I failed with her. But, honestly, at that point I wouldn’t have gone to bed with her, even for a dare. What bigger turn-off is there than deep-set stupidity?

And isn’t that the rub, with all these laws, in the end? These boneheads with political power feel the need to contort the law to protect the criminally dim – people as stupid as themselves – and just love to dig and crawl and creep deeper and deeper into every nook and cranny of everyone else’s life. These folks feel the need to codify and apply a legal framework for every facet of human behaviour.

Yet, ultimately, isn’t your best protection your own brain? It’s not the rest of the world’s fault if you don’t have one. As Albert Einstein once said: “Two things are infinite: the universe and human stupidity; and I’m not sure about the universe.”

None of us singletons will ever have sex again if these laws ever truly find traction. Nope. Our sex lives are over. Done. If anyone has to declare all their foibles and bad habits to their date before they’ve even made it to the bedroom, they will never end up in bed together in the first place.