Home / WORLD / If Keir Starmer thinks flag-waving and a smarter suit is going to help him win back the north, Labour really is doomed

If Keir Starmer thinks flag-waving and a smarter suit is going to help him win back the north, Labour really is doomed 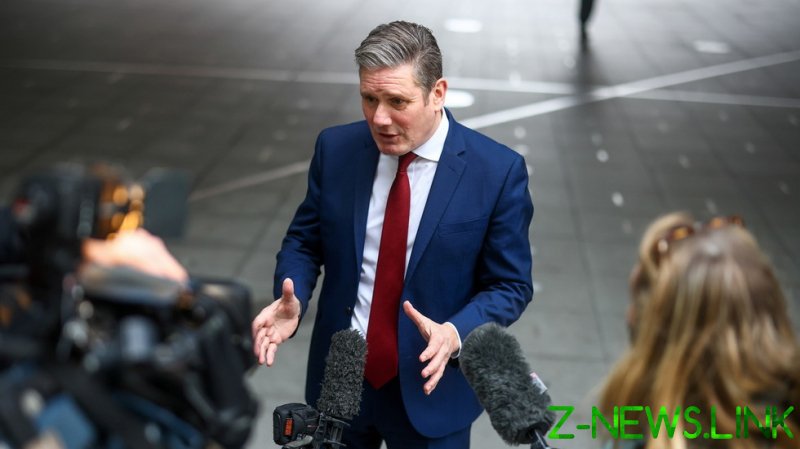 We need to talk about Keir Starmer, the latest incarnation of the ever-present middle-class white man – this one is even a knight of the realm – who leads the Labour Party. It is incredible now to think the Labour Party came out of the trade union movement a 100 years ago to specifically have a political representation of the working class. Its stated aim was to work in tandem with those trade unions national and international to advance the working classes in their struggle against the bosses and lackeys of private capital.

As an anarchist, I can only presume that these values immediately began to waver and be watered down as soon as the first Labour MPs walked through the sacred doors of the Palace of Westminster. I say this because, in order to be in any Western political class, deals have to be done, friends have to be made and compromises have to be brokered, and, consequently, for the greater good, some have to be thrown under the bus. In the British system, it is always, without exception, the needs of the poorest that are compromised. Our class system is still the most rigid class system in the world and it dictates that its constant reproduction is not only necessary for its own survival, but is also crucial in holding together the democratic system. Everyone must know their place, and everyone must understand their end of the bargain for the social contract to hold.

Over the past 40 years, as global finance and interconnected international industries have become more commonplace and traditional, and national and regional industries have disappeared from parts of Europe and especially from the UK, the social contract for the British working class has changed. The work they did no longer exists and the services they needed provided by the state have been depleted. British politics has moved in tandem with this devaluing of the British working class.

In the 1990s, Tony Blair’s ‘third way’ was all about uplifting the country into a middle-class economy of values, work, and service. Ever since, the Labour Party administration has never acknowledged the British working class, to the point where there appears to be a policy whereby the term ‘working class’ itself must not be uttered. To the Labour Party, we are the people who cannot be named – it refers to us ‘working people’, ‘hard-working people’ or ‘workers’, but ‘working class’ seems to be off-limits. In the past 10 years, from Gordon Brown through Ed Miliband all the way to Jeremy Corbyn, I have not heard any leader or their cabinet say those two words together.

The proof of my thesis can be found by reviewing the 2019 General Election, when the Labour Party, led by Corbyn, and an army of luxury-left supporters in the media, universities and local government began canvassing the post-industrial communities that had voted for Brexit. I heard horror stories from all over the country of Labour canvassers aggressively arguing with people on their front doorstep, telling them they were wrong/racist/stupid. As those of us on the ground predicted, the Labour Party was subsequently spectacularly defeated – and completely annihilated behind what was once called its ‘red wall’.

So, why do we need to talk about Keir? Well, this week, the Labour Party, following its own research and the findings of its focus groups, has decided it needs to try to win back some of those red-wall seats. And its solution? Patriotism, flag-waving and dressing smarter – how very middle-class, how bourgeois, how patronising. And how low the party has stooped with these base and stereotypical views of working-class life.

The British working class is multicultural and multi-ethnic. But it has been abandoned and ignored by every political decision taken for generations. The social contract of being able to progress and thrive with your family has been broken. Wealth inequality in the UK has never been as wide as it is today, and the middle class has never been as advantaged by the system as it is now. They know how to game that system like they know how to breathe – it comes naturally to them.

The middle class has colonised every single space it needs – physically, politically and culturally – in order to pass on their privilege to their offspring, and this has been catastrophic for the working class. If the Labour Party really wants to reconnect with working-class communities, offering them patriotism and polished shoes is an insult. Here, I defer to George Orwell, who raged in ‘The Road to Wigan Pier’ that when the bourgeoisie’s socialists approach the working class and ask, ‘How can we help’, the workers’ reply must be ‘Commit suicide’.